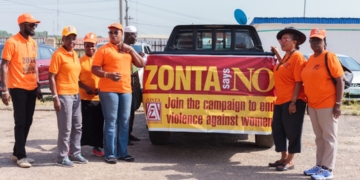 16-day of activism: Zonta Clubs call for eradication of violence against women, girl-child

16-day of activism: Zonta Clubs call for eradication of violence against women, girl-child 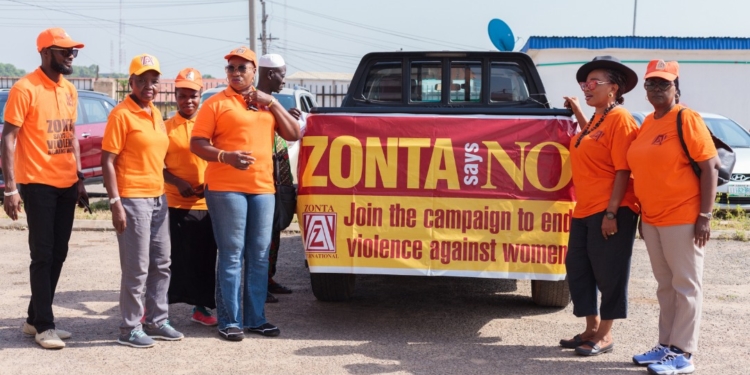 In order to eradicate violence against women and girl-child in the society, Zonta Clubs one and two Ibadan have joined the United Nations’ 16-day of activism to mark the 2022 International Day for the Elimination of Violence Against Women.

The 16-day of activism against gender-based violence is an annual international campaign that runs from November 25 to December 10.

Speaking at a press conference in Ibadan on Wednesday, the President of Zonta Club II, Dr. Olufunmi Adegbile, explained that the groups have organised various sensitisation programmes at bus terminals and markets and also created awareness through social media on the need to eradicate gender-based violence.

“Zonta now joins this course on yearly basis to shout it out that, we are saying no to discrimination against female gender, no to wife beating, no to neglect of wives, no to widows’ abuse, no to unwelcome sexual advances, no to marital rape, no to female genital mutilation, no to girl-child labour, girl-child rape and girl-child hawking.

“No to denial of female education; we even want eradication of that because when you train a young girl, you train a nation.

Adegbile noted the involvement of Zonta in ensuring the implementation of favourable policies for women and girl-child as well as collaborations with relevant government agencies was to tackle issues and provide assistance for victims of abuse.

“Every woman must be literate because without education they won’t be able to make well-informed decisions.

“We want every girl to be exposed to a minimal level of education and must also be accessible to health care, legal and economic resources that will make them equitable to stand pat par with the male children,”she said.

Awosanya disclosed that the groups has mentoring programmes for students in secondary schools amd tertiary institutions called ‘Z club,’ and ‘Golden Z’ respectively. She said the clubs were to create alasting impact on the girl child and build a better future for them.

“Zonta is impacting the world through its activities, some of which include rebuilding the lives of victims of abuse, helping them mentally, emotionally and financially to be self-reliant.

“Over $10 million has been voted by the Zonta to end child marriage and we are glad that we are beginning to see a reduction in all the gender-based violence against women,” she added.