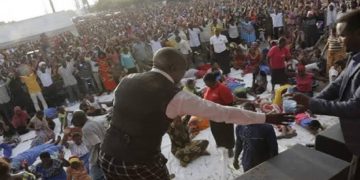 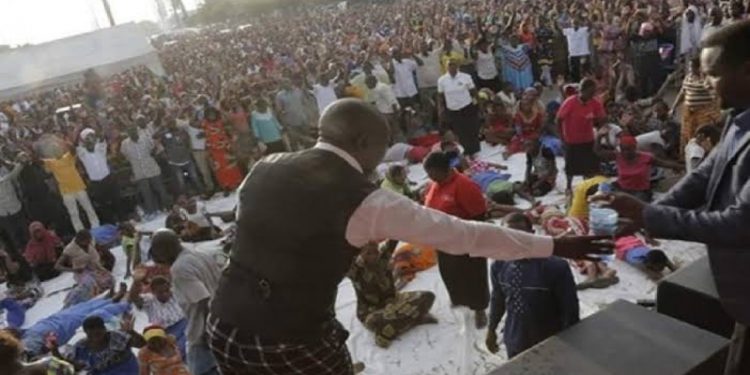 At least 20 people have died in a stampede at a church service in an open ground stadium in Tanzania.

Reports said hundreds of people attended the prayer service on Saturday evening led by a popular preacher in the town of Moshi, near Mount Kilimanjaro.

The stampede occured when Pastor Boniface Mwamposa, who heads the Arise and Shine Ministry and calls himself “The Apostle”, reportedly poured “holy oil” on the ground, prompting the crowd to surge forward in the hopes of touching it.

The rush to be anointed by the oil led to people crushing one another, resulting in the deaths of 20 people and 16 people injured, Reuters reported.

Commissioner Kippi Warioba said five of those killed were children, and there were concerns the death toll could rise.

“The incident took place at night and there were many people, so there is a possibility that more casualties could emerge,” he told Reuters.

A witness who was at the service, Peter Kilewo, told AFP news agency the scene was “horrible” and people were “trampled on mercilessly, jostling each other with elbows”.

It was gathered that after the stampede, Pastor Mwamposa flew to Dar es Salaam, to lead a prayer service at another branch of his church.

Police said an investigation has been launched, and added “some churches are disturbing us”.