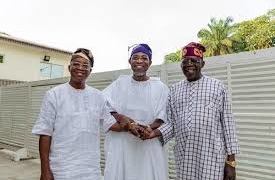 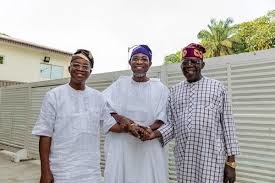 Two former governors of Osun State, Rauf Aregbesola and Adegboyega Oyetola, and their supporters have resolved to work together to ensure victory for the presidential candidate of the All Progressives Congress (APC), Bola Tinubu, on February 25.

Addressing party faithful at the Tinubu/Shettima Campaign Secretariat in Osogbo, Oyetola said Osun must deliver one million votes for Tinubu, and appealed to all aggrieved members of the party in the state to bury their differences and work together.

Members of the party who are supporters of the former governor and Minister of Interior, Rauf Aregbesola, had earlier declared cessation of hostilities and returned to the mainstream APC.

Speaking on behalf of Aregbesola’s camp, a former Speaker of Osun State House of Assembly, Dr Najeem Salaam, and former Commissioner for Information during Aregbesola’s administration, Mr Lani Baderinwa, confirmed that they had ceased fire and pledged to work with other party men for Tinubu’s victory

Speaking, Oyetola said: “Osun shall rise again. Please, let us jettison our differences and work together. Don’t allow anything to cause unnecessary division. Let us work together as usual.

“We don’t have another party other than this. I am overwhelmed by what I have been seeing and hearing, and this gives me assurance that our party remains the party to beat.”

He appealed to Osun APC members and residents who are yet to collect their PVCs to do so without further delay to enable them to vote during the elections.

“I am worried by the number of uncollected PVCs in Osun, close to a million. Please, let’s collect ours. That is the only power that we have. Let us collect them and elect Asiwaju.

“He has done excellently well and sacrificed a lot for this country. We are all witnesses to his achievements. I could remember that when the opposition party took over the South West, he was the one that returned the region to progressive government,” Oyetola said.

Herbalist dies after sex romp with pastor's wife in Ekiti