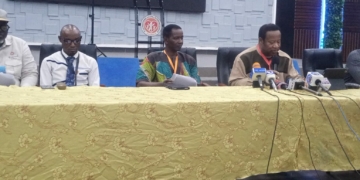 2023: Election shouldn’t be our priority now as a nation- Femi Emmanuel

2023: Election shouldn’t be our priority now as a nation- Femi Emmanuel 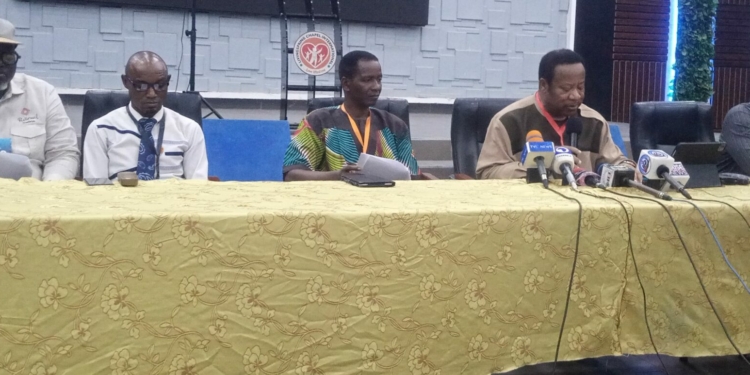 The presiding pastor, Livingspring Chapel International, Femi Emmanuel, on Monday, said “2023 election is not our priority now as a nation,” stressing that it is like putting the cart before the horse and postponing the evil days.

During the Annual World Lifting Conference, the church will converge as a family to pray, plan, review their activities for the outgoing year, learn and receive specific divine-direction for the new year.

The conference will feature the word, worship,  interactions, seminars and workshops which will address different areas of life broken in syndicate sessions, free shopping,  free medical outreach, love feast, ministers conference among others.

It will also feature Pastor Johnson Tomisin Kalejaiye of the Redeemed Christian Church of God (RCCG), and other anointed men of God in word and music.

Emmanuel, who is a former deputy speaker, Oyo State House of Assembly, said what Nigeria currently need is a rearrangement to establish fairness, justice and equity in the nation.

“We have been operating a unitary system of government which we deceptively called democracy. Our constitution is not democratic, it is like a military decree.

“The questions we should ask ourselves is: where did we sit to agree as people to make Nigeria 36 states? Who divided Nigeria into 774 local governments? This happened on the table of a military general that came to govern Nigeria. The country, Nigeria died in 1966 when the military rule, a military decree was imposed, whereas Nigeria was divided into 36 states from the three or four regions that were negotiated under the British colonial masters.

“There are more than 300 nations forced together, and that is the reason different components are complaining of unfairness, injustice, lack of equity as one ethnic tribe was imposed on the rest of us, always tend to want to pull apart, and as living as we deceptively agree that the military decree which we now called constitution gave priority to one ethnic tribe over all the other ethnicities. This is foundational issue and unless amended, there can be no true peace and progress,” he said.

He called for renegotiation in the country, by revisiting the 2014 constitutional conference agreement and looking at the aspect that has to be redone, re-written and agreed.

“In America, different states have their different laws and are governed in their own ways, but only come together at the centre. Nigeria should collapse the 36 states and let each zone be self-governed, have their own constitution, security system, develop and grow their own resources and their own economy,” he said.

The pastor also urged Houses of Assembly in the 36 states not to pass the ongoing constitution amendment, stressing that there are so many lies told in it that has to be jettisoned.

“The so called constitution removes merits from our system and established mediocrity. The federal character clause is a typical example.

“In Nigeria, it is not the best hand for the job, it is which part of the country a person comes from. In critical position in Nigeria, we don’t put first eleven forward, not the second and third eleven,” Emmanuel added.

He urged the church not to see politics as evil, but to be part of machinery producing credible candidates that the general public will vote for.

“The church should organise, train, mobilise and release her members to join political parties at their ward level and come together as a caucus to make sure that only credible people are elected into the ward offices.

“The Christians, the youths and patriotic Nigerians should move down to the grassroots politics of Nigeria and make sure that the credible candidates are the ones managing the political affairs in the ward.

“What we have now are the political money bags, the shenanigans arranging their people at the ward level and presenting themselves or their cronies to go and represent us at various states.

“Until good Nigerians get involved in the selection process, there can be no credible candidates to vote for either in the gubernatorial, presidential, senatorial, House of Representatives even the state assembly and local government,” he said.

Fashola: How we'll deliver Tinubu in 2023