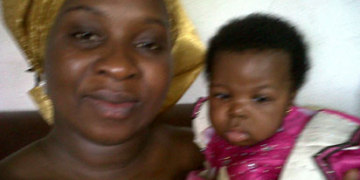 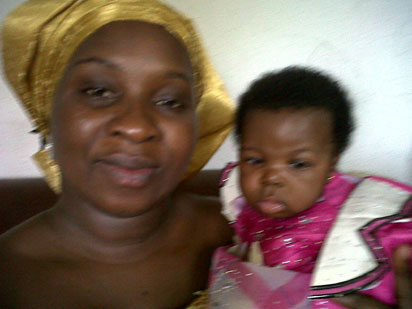 During the operation which lasted hours, a two-year-old toddler, Mmesoma Ndirika, and her mother, Jane, who were inside their apartment in an adjoining building, were reportedly hit by stray bullets from the bandits who were shooting sporadically in all directions.

Reports said both mother and child later died as a result of injuries they sustained from the bullet.   A commercial motorcyclist who was also hit by stray bullets reportedly died later in an undisclosed private hospital.

It took the Police more than one and half hours to respond.

Recoveries by the Police

However, police authorities said they were able to recover about N27 million and other rounds of arms and ammunition abandoned by the bandits while fleeing from the scene. They could not  give specific figure of casualties.

Reports said the bandits who were dressed in military camouflage uniforms, attacked the banks after alighting from boats at a nearby canal. They reportedly used dynamite to destroy the security entrance gates after which they gained entry into the banks.  Eyewitness account said as soon as the dynamites exploded, the heavily armed bandits started firing bullets in all directions inside the first bank they entered.

According to the witnesses, while some of them were inside one of the banks, another group broke into another  nearby bank, while others took positions in front of the area, at the same time shooting indiscriminately.

A commercial motorcyclist, popularly called Okada, who was close-by, was hit by bullets and he was said to have collapsed later after fleeing from the scene.

Another witness who was also inside one of the banks, told Vanguard:  “After the dynamite exploded, the bandits, who were dressed in army camouflage, invaded the banks threatening to kill anybody who attempted to confront them. They broke into all the rooms inside the bank and dragged everybody into the main banking hall.  While doing that, they were at the same time brutalising customers and hitting others with the butts of their guns.  They broke into the bank’s vault easily and carted huge sums of money away. ATMs were not spared as they also looted all the money in the machine. They operated simultaneously in the two banks, after which they escaped  through the same  canal they entered the area. In fact, as they were fleeing from the scene, they forced some butchers in a nearby market to help them load their massive loot into the canoe before escaping.”

How mother and child died

Uju, one of the residents of Block 8, 4th Avenue, where the stray bullet hit mother and child, toldVanguard: “While the shooting was going on, every one laid on the floor in their respective apartments.  I was with Jane in her parlour while her child was inside the room.  Suddenly, the child started crying and the mother stood up to carry her. As she was coming to the sitting room with the baby, a stray bullet perforated the window, hit the baby in the chest and also got the mother on the left side of her shoulder.  Immediately, she took the child back to the room and started shouting for help.   Nobody came to her rescue because people were running helter skelter for dear life.”

However, when the dust settled, a neighbour, identified as Irabor Sunday, reportedly rushed them to Mother and Child Hospital at the First Gate in Festac where they were confirmed dead.  The baby was, thereafter, taken back to the house while her mother was rushed to Lord’s Chosen  Church where a prayer session was organised for her revival. Vanguard  gathered that  at 3pm, her corpse was taken to  Igando General Hospital mortuary where she worked as a nurse.

There were conflicting accounts of police response during the operation which created tension in  Festac town.  While some witnesses said policemen who claimed they came from Ikeja, Oshodi, RRS  arrived almost one hour after the bandits had fled from the scene, the police said they confronted the bandits and during a fierce battle that raged for several minutes, the robbers  fled abandoning some of their loots and weapons. Witnesses also insisted that even the policemen that arrived after the incident were openly blaming their colleagues at Festac Division for not informing them about the attack on time.  According to the witnesses, the huge crowd that gathered at the scene also  booed the policemen for coming after the operation.

Giving a vivid account of the incident, the Area Commander, Festac and former Force spokesman, Assistant Commissioner of Police, Frank Mba said: “Today, the 13th of  October, 2015, at about 8:25 am, the command received information of sporadic shootings going on somewhere around 4th Avenue,  Festac town, Lagos.  The joint team of policemen at Area E headquarters, Festac Division, promptly  responded to the crime and on arrival at the scene, the policemen engaged  the gang of robbers numbering well  over 40,  all dressed in military camouflage  and armed to the teeth in a gun battle.

“We engaged them in a fierce gun battle that lasted several minutes. Not withstanding the clear numerical disadvantage of the police at the beginning of this operation, the hot exchange of fire between the policemen and the robbers who incidentally, had divided themselves into two and were simultaneously robbing two banks, forced the robbers to immediately end their operations.  They, consequently,  abandoned their operation and also abandoned the sum of N27 million. As they were fleeing, they left a total of 240 AK47 live ammunition, and left the scene with money stolen from the bank. The money was later recovered by the policemen and taken to another branch of the robbed  bank around 2nd Avenue, for deposit.

“The CP and other police stations around Ikeja were immediately informed of the operation but my men were sent earlier to see what was happening already. The CP, Fatai Owoseni, while regretting this incident,  vowed to do everything humanly and operationally possible to make sure that the perpetrators of this crime are rounded up within the shortest possible time and brought to book.

“It should be noted that within the two banks, nobody died.  One person sustained a minor injury in one of the banks and the person is adequately responding to treatment. On our part and that of the law enforcement agency, no injury, no death recorded.  We heard about the two-year-old child and her mother who were hit by stray bullets. We are working on that. We are trying to liaise with the police to currently locate the girl and her mother and make sure that they are taken care of. A massive operation is currently going on and if there are other pieces of information that are not available now, we would make sure that we alert the press too.

“Preliminary information shows that they came in through the waterways and they equally exited through the waterways, because there is a canal very close to the area where the robbery occurred. The Marine Police have been  involved in tackling  the activities of hoodlums in waterways and their operations spread  from Badagry to Epe to Lagos Island, Oshodi to Ikorodu and every water side area.   But, you must equally understand that if the waters  are not deep enough, we would not carry out such operations.”