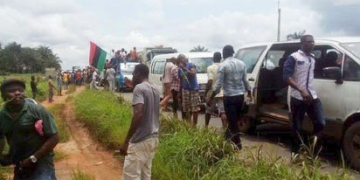 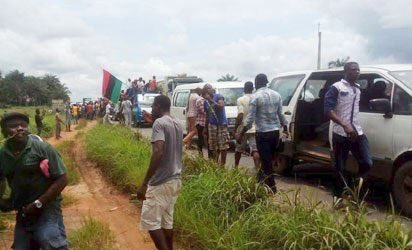 The Abia state Governor, Dr. Okezie Ikpeazu has declared a three-day curfew in Aba, a commercial city in the state following the Nigerian army’s inversion of the state.

A statement issued on Tuesday by the state government, Governor Ikpeazu expressed concerns over the launch of a military exercise tagged, Operation Python Dance II in the state and other south-eastern states by the Nigerian army.

The curfew starts from 6pm to 6am on Tuesday and ends on Thursday.

Soldiers on Tuesday raided the secretariat of the Nigerian Union of Journalist (NUJ) in Aba.

The soldiers who were about 20 in numbers forced their way into the secretariat smashing phones, upturning chairs and assaulting some of the journalists present.

According to those present, the soldiers claimed a journalist recording a video of them while they were driving through the city in a show of force.

Upon entry, some of them had cocked their guns before they proceeded to destroy their work tools and assault them.

Mr Boniface Okoro, a national trustee of the NUJ narrated his ordeal at the hands of the soldiers.

He said, “They slapped me and ordered me to open my bag. When I did and I was bringing out the content, they snatched my iPad and destroyed it.”

The Chairman of the Abia State Chapter of the NUJ, Mr John Emejor, condemned the raid and called on the army authorities to identify the soldiers involved and sanction them as a deterrent to others.

Few hours ago, reports and video clips showed Nigerian army with their armoured tankers surrounding the home of the leader of the Indigenous People of Biafra (IPOB), Mazi Nnamdi Kanu while so many IPOB youths barricaded the street leading to their leader’s house. 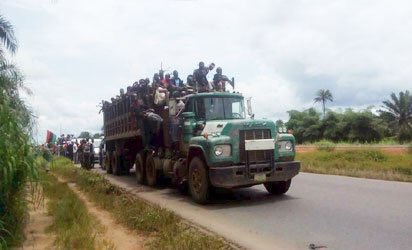 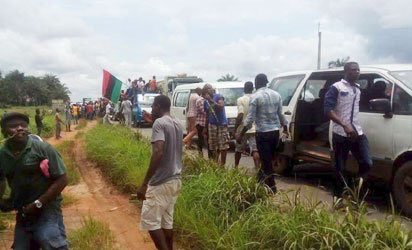 Recall  that the Nigerian army had, a couple of days ago, deployed troops, including weapons to the south-eastern states, in an exercise it tagged Operation Egwu Eke II or Operation Python Dance II.

The army gave reasons for such deployment to include tackling kidnapping, violent agitations and protecting the territorial integrity of Nigeria.

However, tension has continued to mount in Abia, the state of the leader of IPOB, Mazi Nnamdi Kanu especially following Sunday’s clash between the army and IPOB supporters when the soldiers invaded Kanu’s home and allegedly shot some of the youths.

The statement from the state government declaring the curfew, read thus: Abia State has for the past few days been the focus of security searchlight occasioned by the reported skirmish between some groups in the State, especially Indigenous People of Biafra (IPOB) with men of the Nigerian Army.

Government notes and has observed the frenzy of activities of members of IPOB within Afara – Umuahia, the ancestral home of the leader of IPOB for some months now.

Government is equally aware of the recent proclamation by the Nigerian Army of Operation Python Dance II within the South-East geopolitical region of Nigeria. The operation as declared by the Army is intended to check kidnapping, banditry, assassination, secessionist activities within the region, amongst other forms of criminal activities.

The recent confrontation between the Nigerian Army and members of IPOB on Sunday, 10th September, 2017, could presumably be attributed to the commencement of the said Operation Python Dance II.

While the Government of Abia State recognizes the right of the Nigerian Army and other security agencies, to perform their statutory duty of protection of lives and property of Nigerian citizens, such duties must be carried out within acclaimed Nigerian and international standards of engagement with the civil populace, with due respect to the human rights of citizens and sanctity of human lives.

The Abia State Government is committed to the protection of the lives and properties of its citizens and others residing and doing business within the geographical entity called Abia State. Abians and others living within Abia, are advised to remain law abiding and carry on their lawful business without fear, as efforts by Government will be made to reduce friction between the civil populace and military personnel in the State.

Meanwhile, Aba residents are advised to observe a curfew from 6pm to 6am from today 12/09/2017 to 14/09/2017. Persons residing within the State are strongly advised to remain law abiding, while going about their lawful business without fear of molestation, and, not engage in any form of confrontation with military personnel or other security agents.

The Government recognizes the constitutional Right to Freedom of Movement for all Nigerians, but objects to the influx of people into Abia State for purposes of unsettling the enduring peace in the State. Finally, Abia State will co-operate with security agencies to maintain the rule of law and order in the State.