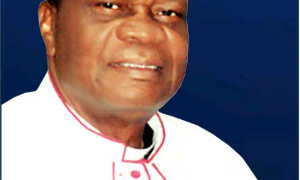 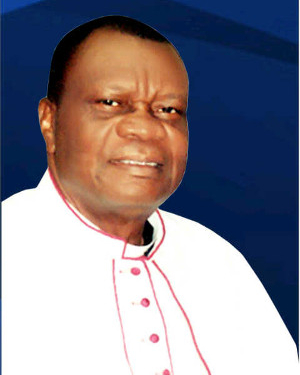 The General Evangelist of the Christ Apostolic Church, Prophet Samuel Abiara, who lost his wife, Prophetess Christiana Aduke Abiara, on Saturday night, said he had a premonition of her death.

Abiara, who spoke with journalists in Ibadan on Monday, said his late wife was a role model to other women because, apart from serving God, she was a mother to everyone in the family.

His words: “We got married in 1965, but before then, she had been close to God because her late father, Evang. Adasofunjo, was a renowned man of God. She was the only child of her mother and she was obedient from childhood till the day God called her.

“She had been sick for the past three weeks, but she was talking normally and taking part in normal daily activities. But the spirit of God told me that God was about to call her.

“After a prayer session at the hospital, I left her a day before she died and in the following evening, I came back and asked, jokingly, if she was about to be delivered of another set of twins because we have three sets of twins.

“Then we prayed again and shouted seven hallelujahs. After the last one, she breathed her last.”

Prophet Abiara added that the high point of his late wife’s life was her generosity and humility.

“She never kept malice, just as the Bible commands. With her, I never knew suffering or hunger because she took good care of me. She was not my wife but my mother.

“Just as God is forever gentle and humble, my wife was the same. I met her through her father who introduced me to her when I was a bachelor and I never regretted marrying her.

“When we met, she was a fashion designer. We hardly offended each other; but even when there were minor disagreements, we looked up to the word of God that preaches love.”

Despite his grief, Evangelist Abiara took time to reflect on the economic problems facing Nigeria. According to him, it is a phase that shall come to pass, noting that great nations in the world had, at one time or the other, experienced the same hardship.

“My wife’s death and what has happened to me is a lesson to Nigerians. No matter the suffering, we should always seek the face of God. The poor economic hardship we are experiencing in Nigeria now is a phase that will pass. Any country can experience it.

“We should be patient with President Muhammadu Buhari because he will not perform magic to bring changes.”