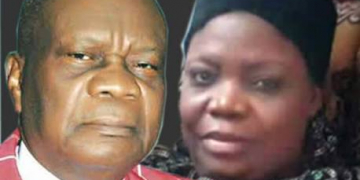 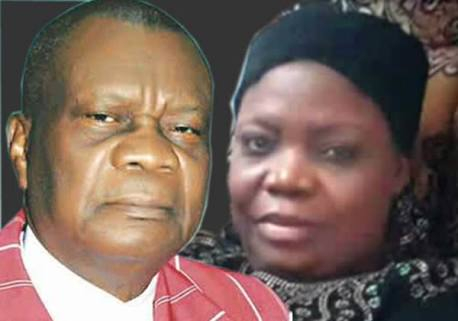 Pastor Isaac Abiara, the first son of bereaved General Evangelist of the Christ Apostolic Church (CAC), Prophet Samuel Abiara, on Thursday gave an account of how his mother, Christiana, died.

Isaac spoke as his father was discharged from the private ward of the University College Hospital (UCH). The prophet was hospitalised last Sunday, eight days after his wife, died.

Mrs. Christiana died at the age of 70 after a brief illness.

According to Pastor Isaac, his father prayed for the late Christiana at her bedside just few minutes before her death. He said that after the prayer, the Abiara matriarch shouted ‘Hallelluyah’ seven times and gave up the ghost.

He described his diseased mother as a woman of faith and grace, saying she spent her entire life time serving God and supporting her husband.

Pastor Isaac who is the Pastor in-Charge, Christ Apostolic Church (Agbala Itura), Dallas, Texas, explained that the famly christened the burial programme ‘home-going’ celebration because it was not a thing of total sadness for the family.

Pastor Abiara revealed that he and his siblings are working on how to immortalize the deceased, saying details would be released after the home-going ceremony which would hold November 28 to December 2, 2016.

Commenting on his father’s health, he said Prophet Abiara was stable but needed more rest at home. He explaned that the prophet was hospitalised due to the stress of attending to huge number of sympathizers coming to condole with him over his wife’s death.