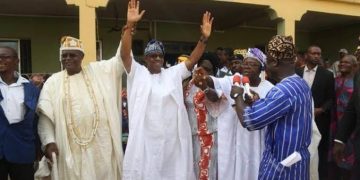 Abiodun will be next governor of Ogun – Osoba

Abiodun will be next governor of Ogun – Osoba 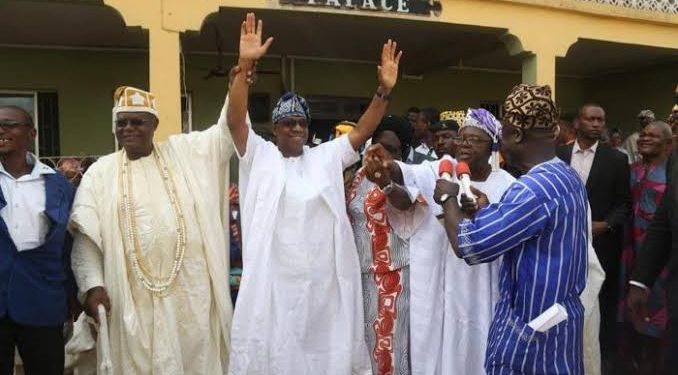 The former governor of Ogun State, Aremo Olusegun Osoba, has declared that the candidate of the All progressives Congress in Ogun State, Prince Dapo Abiodun, will emerge the winner of the forthcoming governorship election in the state.

Four teenagers who beheaded girl for ritual sent to prison

According to Punch, Osoba made the declaration on Thursday while speaking at the APC rally in Ifo, Isheri and Ilaro. He expressed the confidence that Abiodun will succeed governor Ibikunle Amosun on May 29.

He said: “Change is the only constant thing in life, and there is nothing that has a beginning without an end.

“The people of Ifo, Ado-Ota and Ewekoro know that I do not support failure. I have grown beyond pettiness and political prostitution. Our progressive principle and philosophy that culminated in a strong relationship started way back in the early 1990s when you all voted me as your governor.

“Ifo people have always been supportive. You truly believe in the politics and leadership style of the late Chief Obafemi Awolowo and you have not denied us for a minute. Today, we have only come here to present the next governor of Ogun State, Prince Dapo Abiodun from Iperu-Remo; he is a perfect example of a young man with sound values, respect and leadership qualities devoid of favouritism and nepotism.”

“I have delivered him to the party, and the party leaders and stakeholders here will lead him to you. I urge you all to support and vote him as your governor; he has a task to fulfill to the people of Ogun State.”

Abiodun and his campaign team had earlier visited the palaces of the Olu of Ilaro, Oba Kehinde Olugbenle; Olu of Ifo, Oba Samuel Oladipupo; the Ajuwon of Ajuwon land, Oba Nurudeen Egunshola; and the Ilorin of Isheri, Oba Akanbi Adebowale.

While speaking at the rally, Abiodun said, “I have been briefed and we have all gone round to see for ourselves the many challenges and problems of this community ranging from insecurity, bad roads and electrification; and it is our promise to the people and particularly the elders of this town to bring solution when elected.”