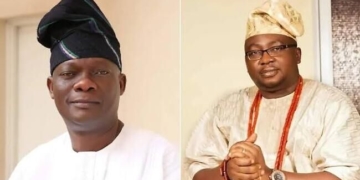 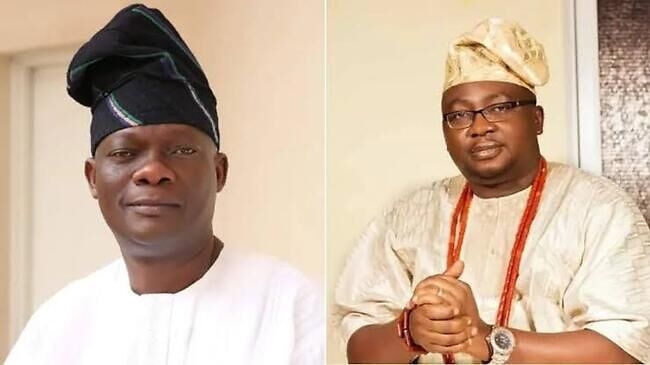 The Accord Governorship Campaign Council in Oyo State has debunked a statement credited to the governorship candidate of the All Progressives Congress (APC), Senator Teslim Folarin, and his handlers that its gubernatorial candidate, Chief Adebayo Adelabu, will be stepping down for him in a proposed coalition move.

In a statement made available to newsmen on Saturday, the Director General of the Accord Governorship Campaign Council, Chief Adegboyega Adegoke, said it was imperative to correct the erroneous misinformation being circulated by the APC ahead of the forthcoming elections.

Adegoke alleged that the same fraudulent tactics used by Folarin during the APC primaries made the founding leaders and members of the party in the state to leave for Accord to support Chief Adebayo Adelabu.

“It has come to our notice that the APC gubernatorial candidate in Oyo State, Senator Teslim Folarin has started his antics again, peddling lies and deceptions that the candidate of our party, Accord, Chief Adebayo Adelabu will be leading a coalition in his favour.

“We want to bring it to the notice of the good people of Oyo State that there was no time Chief Adebayo Adelabu held any meetings with Senator Folarin on Coalition. This was another lie from a political schizophrenic, whose political career was built on falsehood and manipulations.

“Chief Adebayo Adelabu is contesting to win the governship election in Oyo State under Accord. Chief Adelabu is a known technocrat, corporate guru and a business turnaround expert who has excelled in both private and the public sectors. All his businesses are domiciled in Oyo State, unlike the APC candidate whose means of livelihood was unknown before joining politics, and even now when he is serving at the Red Chamber for the third term, he cannot point to any business or investment where he has employed minimum of five people in Oyo State.

“Adelabu’s business addresses are known to the good people of Oyo State while the APC governorship candidate has no second address.

“We are using this medium to tell everyone that Senator Folarin is at it again but this time around, he will fail woefully,” he said.