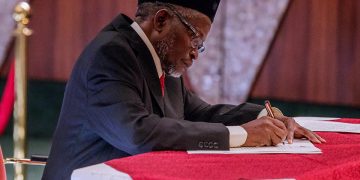 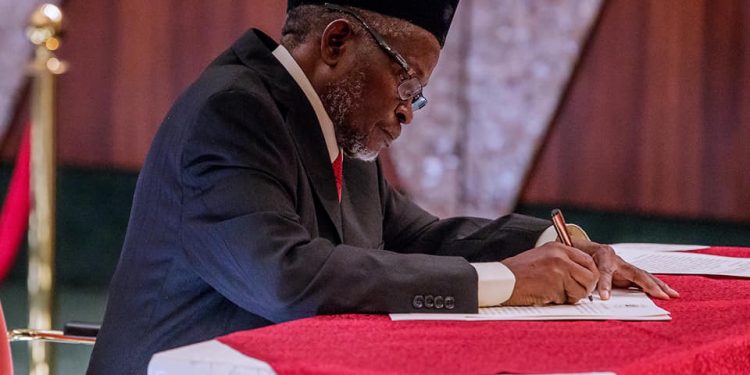 The Acting Chief Justice of Nigeria, Ibrahim Tanko Mohammed, has sworn in 250 members of the general election tribunals.

The swearing-in ceremony which took place in Abuja on Saturday, comes barely 24 hours after President Muhammadu Buhari suspended Justice Walter Onnoghen as the CJN and swore-in Mohammed in acting capacity.

The president said the suspension was based on the request of the Code of Conduct Tribunal, pending the completion of Onnoghen’s trial.

The suspension has however drawn widespread criticism.

Onnoghen is being tried for allegedly failing to declare his assets.

Go back to farming, we'll support you with infrastructure, Buhari tells Oyo people