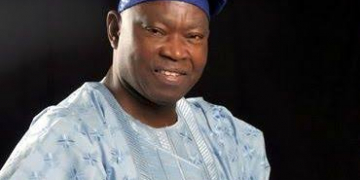 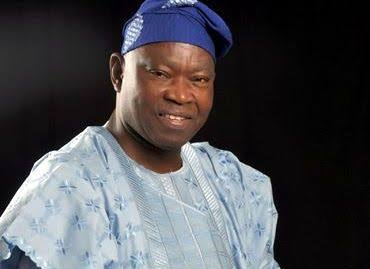 Oyo Governorship aspirant, Senator Ayo Adeseun, may be on his way out of the Peoples Democratic Party (PDP), if a signal emanating from his camp is anything to go by.

Newspeakonline gathers from a reliable source that the senator is on his way back to the All Progressives Congress (APC) which he left in 2014.

Efforts to pacify Adeseun who claims that he was rigged out in the last PDP governorship primary election in the state, have not yielded results. He lost the primary to the governorship candidate, Engr. Seyi Makinde.

At the Liberty Stadium venue of the primary election on September 30, Adeseun had called for the cancellation of the process after alleging that the delegates list had been tampered with. He alleged that 57 members names where smuggled in while many of his supporters were removed from the delegates lists.

He threatened to go ahead with a legal action he had instituted against the party if the primary was not stopped to allow for a redress. He left the venue of the primary in the amid the disagreement.

The election went on however without him and Makinde emerged winner, polling 2,772 votes to beat Adeseun who polled 21 votes. It was gathered that after the primaries, Makinde and other party leaders tried to reach out to Adeseun but failed to address his hurt.

The Oyo Central senatorial slot which many however thought may fall on his laps as part of measures to appease him, went to former House Leader, Hon Mulikat Adeola.

Adeseun’s expected return to the APC would be viewed as “home-coming” since he started out in 1999 from the Alliance for Democracy (AD) whose members form the nucleus of the current APC.

The Ogbomoso-born politician defected to the PDP in 2003 where he contested and won the House of Representatives seat to represent Ogo-Oluwa/Surulere Oluyole constituency. He served as Chairman of the Appropriations Sub Committees on Power & Steel, and Science & Technology and was also a member of House Committees on Appropriations, Education, Judiciary, Information and Gas Resources.

In 2007, he won reelection into the House where he served as Chairman, House Committee on Appropriations, and member of House Committees on Pension Matters, Rural Development, Sports and National Planning.

In 2010, Adeseun left the PDP and joined the Action Congress of Nigeria (ACN). He contested for the Oyo Central Senatorial seat on the platform of ACN and won by defeating then sitting PDP senator, Teslim Folarin, who was Senate Leader. Adeseun served as Chairman, Senate Committee on Capital Markets and was a member of the Solid Minerals Committee.

During the build up to the 2015 general elections in 2014, Adeseun, following disagreements in the ACN which had just metamorphosed into the APC dumped the party and returned to the PDP where he contested reelection into the Senate. He however lost the seat to current serving Senator Monsurat Sunmonu.

Despite his loss, he remained in the PDP, playing several roles with other members to reposition the party which was badly battered after the 2015 loss. He was part of efforts that brought the party back on its feet with the aim of giving the APC a good fight in the 2019 elections. His desire to contest for governor however crashed at the last primary in controversial circumstances.

Political watchers thought that a senatorial ticket to return to the senate would have sufficed but the ticket was handed over to Adeola a two-time PDP House of Representatives member representing Ogbomoso North, South and Orire Constituency (2007 – 2011 and 2011 – 2015).