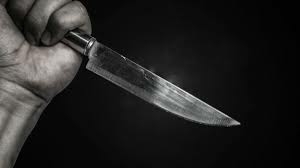 Three Algerian journalists covering the ongoing African Cup of Nations(AFCON) in Cameroon were robbed and stabbed by unknown assailants, on Sunday night.

The journalists, moving together as a team with other colleagues, were attacked when they were leaving their hotel in Douala.

Items carted away include a bag containing money, phone and computer.

According to an Algeria news outlet, one of the three journalists that sustained stab wound is special envoy of Algeria Press Service (APS).

Meanwhile, the Confederation of African Football (CAF) has reacted to the incident, saying investigation is underway.

“CAF is liaising with local government authorities to understand the details of the incident as this is now a Police investigation.

“We are also reaching out to the three journalists and wishes them speedy recovery. For now, we will await a detailed report of what transpired.

“The safety of each and every individual attending the TotalEnergies Africa Cup of Nations is a priority for CAF and also our partners, the Cameroon government,” a CAF statement said.