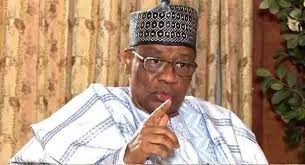 Keyamo: How Tinubu’s election in 2023 will correct June 12 anomaly

Speaking in an interview with Channels Television on Monday, the former military ruler maintained that he took the action in “the interest of the country.”

In an interview with Arise TV recently, Babangida disclosed that if he had not annulled the election, a coup d’etat would have happened.

The disclosure stirred criticism from notable Nigerians, including the Yoruba socio-cultural organisation, Afenifere.

However, Babangida maintained that his action at the time was appropriate, adding that subsequent coups lent credence to his decision.

“It is a decision we took. I had to take that decision. I did that to the best of my knowledge, in the interest of the country.

“I did the right thing. I can sit back and say some of the things I said manifested after I had left. We had the coup, and that coup lasted for five years,” Babangida said.

While noting that he drew up a plan for national elections to hold within five to six months, Babangida explained that his intention was for the poll to hold in November 1993 after the Interim Government headed by Ernest Shonekan.

He stated that the agreement reached by politicians and groups was for the same set of contestants to recontest in the scheduled polls.

According to him, the citizens complained that they were tired of elections, thus paving the way for Sani Abacha who ruled the nation for five years.