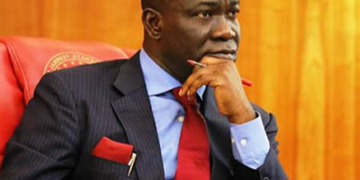 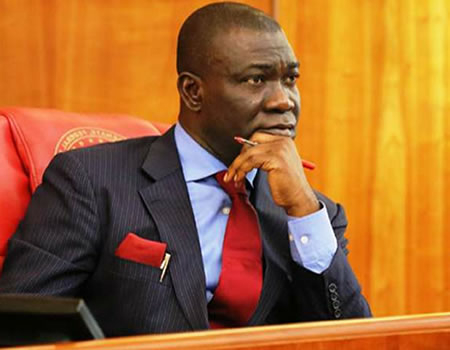 Ekweremadu and his wife, Beatrice are facing charges bordering on conspiracy to arrange/facilitate the travel of another person with a view to exploitation, namely organ harvesting.

The couple were arrested by the London Metropolitan Police in June and appeared before a magistrate court in July.

Ekweremadu’s wife was granted bail on July 22, but the senator’s request was denied.

The police had alleged that David Ukpo, the victim at the centre of the organ harvesting allegation is a 15-year-old, but the court ruled that he is 21.

Sonia, Ekweremadu’s daughter, was also charged with conspiracy to arrange the travel of another person with a view to harvesting the person’s organ for her benefit.

Ekweremadu’s daughter is said to be suffering from a kidney disease and needs a transplant.

In a fresh bail application, Ekweremadu’s counsel argued that the Nigerian high commissioner to the United Kingdom and Attorney General of the Federation had written to the court stating that the senator was not a flight risk.

The attorney also claimed that the Nigerian High Commission in UK had agreed to guarantee the senator’s appearance should he pose a flight risk and had also provided the option of electronically tracking Ekweremadu’s movements.

His attorney further contended that Ekweremadu had demonstrated that he was a loving and responsible parent and could not flee London and abandon his wife and ailing daughter, citing the testimony of his character by renowned Nigerians and organisations.

In order to gain Ekweremadu’s release on bail, the defence also informed the court that they had sureties and security totaling around £500,000 from 11 individuals.

However, opposing the bail application, the prosecution insisted that Ekweremadu is a flight risk, arguing that since the lawmaker holds passports from two other nations, in addition to Nigeria, he might go to any of the other countries.

In addition, the prosecution referred to the assets forfeiture proceedings against Ekweremadu at the Federal High Court in Abuja and cited the EFCC letter dated July 18, 2022, which was signed by Abdulkarim Chukkoi, assistant director of operations, on behalf of the chairman, Abdulraheed Bawa.

Ruling on the application on Tuesday, the Judge said: “I am entirely satisfied there remains a flight risk,” adding that bail would not make much difference “as the trial is just over a month away.”