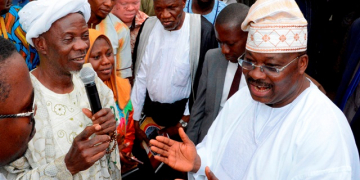 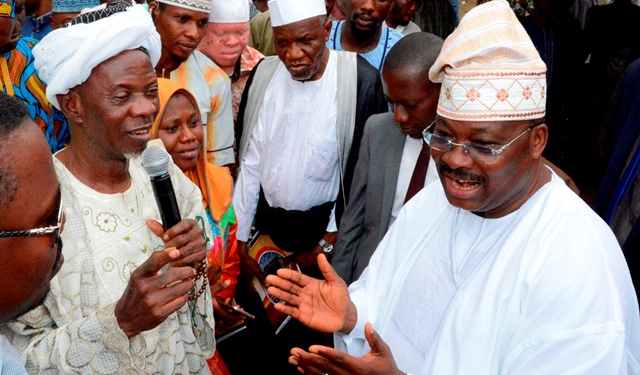 In his message to Islamic faithful on the occasion of this year’s Eid-El-Kabir, Ajimobi said that it was only in an atmosphere of peace and unity that the country could achieve the desired greatness.

Ajimobi, who spoke through his Special Adviser on Communication and Strategy, Mr. Yomi layinka, condemned what he called hate speeches and the ember of discord being stoked by ethnic agitators in some parts of the country.

From the benefit of the hindsight, he described the actions of the agitators as an ill-wind that would not blow anybody any good.

The governor said, “We cannot say we are brothers and sisters and still be carrying guns and matchetes against one another. What do we stand to benefit by killing and maiming ourselves?

“Whatever grievance anybody or any section may have should be expressed through proper channels and solutions sought through dialogue.

“Rather than engaging in acts capable of disrupting our peaceful co-existence as a people, I enjoin those who have issues with the current composition of the country to toe constitutional and lawful path in seeking redress. ’’

While congratulating Muslims, the governor urged them to use the occasion of the Eid-El-Kabir to pray for the peace, progress and economic emancipation of the country.

He also urged them to continue to exhibit love towards their fellow human beings and to dedicate themselves to service of humanity as exhibited by Prophet Ibrahim.

The governor further reiterated his administration’s resolve to the uplift of the state through massive infrastructural development and ensure that the state was put on a sound footing that would be the envy of all.