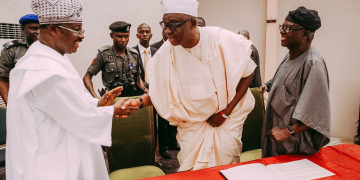 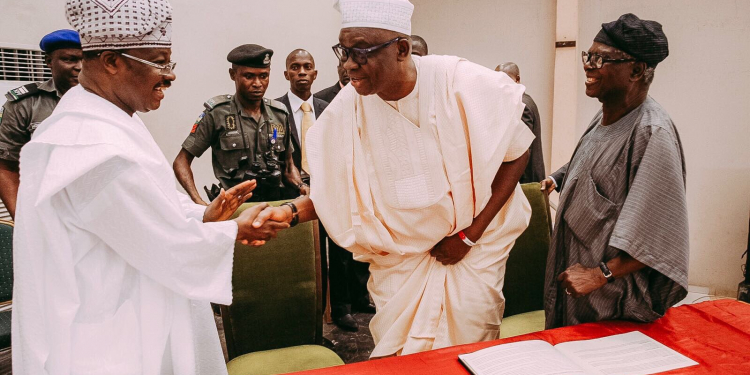 Ekiti State governor, Ayodele Fayose, on Tuesday joined his Oyo State counterpart, Abiola Ajimobi, in Ibadan to address issues surrounding objective reportage by journalists and media handlers. The occasion was the opening of a two-day Information Summit organised by the Oyo state Ministry of Information, Culture and Tourism.

Former Special Adviser on Media and Publicity to former President Goodluck Jonathan, Dr. Reuben Abati, was also at the event.

The two-day summit with the theme: “Managing Information and Communications: the Catalyst For sustainable Development” had in attendance media practitioners (from the print, broadcast and online media), media executives, media regulatory bodies, veteran journalists, academics and related professionals.

They include public relations practitioners, theatre practitioners, independent broadcasters, film makers, students and other relevant stakeholders in the media sector. 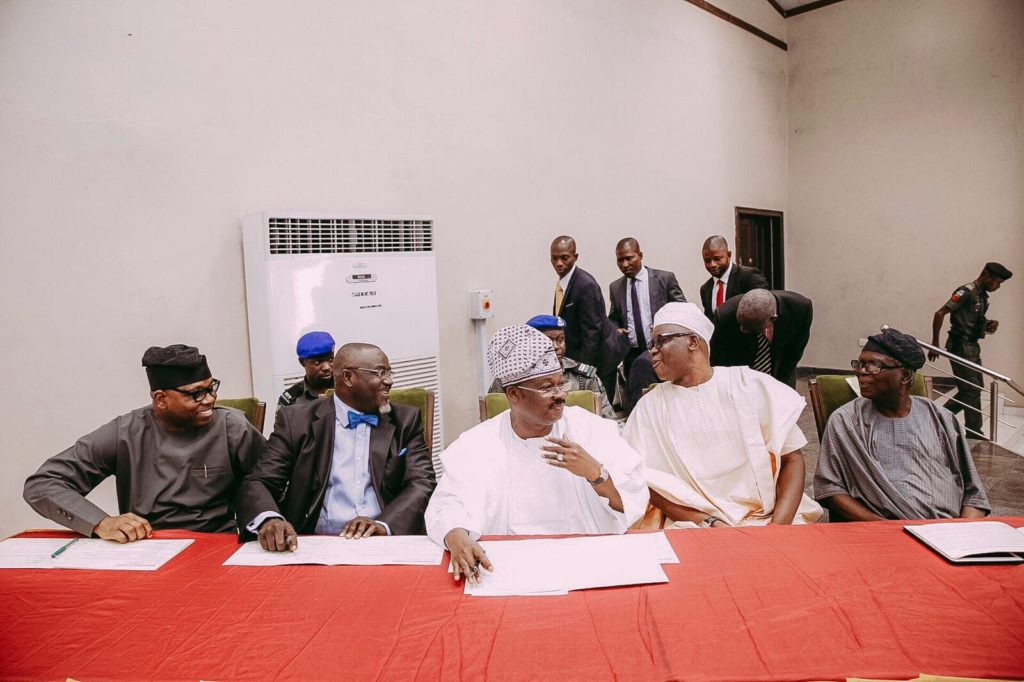 Abati, who was keynote speaker, warned journalists to be cautious in the discharge of their duties because government officials and politicians do not trust them (journalists), believe they could be bought and that news can also be fixed if the price is right.

He said: “One of the revelations I stumbled upon in the course of my four-year excursion into government is that government officials and politicians do not trust journalists. They believe journalists can be bought and that the news can be fixed if the price is right. The net effect of this is the pervasive opinion in official corridors that the public information process in Nigeria can be manipulated, and the people can be made to believe what government wants.

“The over-confidence of government along this line is partly responsible for the impunity of politicians and their agents. Thus, what is missing is the value of integrity in the country’s information architecture, producing by extension, a poverty of ideas and a lamentable disconnect between policy and the public mind.

While declaring the summit open, Governor Ajimobi maintained that misinforming the people, particularly about government activities can only breed disharmony and lack of trust between the government and the people.

Although admitting that achieving objectivity  is one of the most difficult things in life, the governor enjoined media practitioners to ensure they correctly and factually inform the people so that the government and the people can always work in the same direction.

He said: “Ladies and gentlemen, I implore all of you here, to please let us correctly, factually, inform our people so that the government and the people can work in the same direction. As the internet and digital media usage becomes increasingly widespreed, it is a matter of strategic necessity for information managers to fashion out practical strategies in the engagement of the various interest groups.

“In whatever we do, we are the people that will make this profession respected and respectable. When you talk facts and figures, when you find out what you don’t know, when you engage people in the public service and you engage various stakeholders, openly, honestly and without prejudice, it gives credibility to whatever you are doing, and credibility is important in professionalism, so I implore all of you as you are here today, not to favour any government or any individual, you can be apolitical and objective. The most difficult thing to be in life is to be objective because as human beings we are all always very subjective”

Fayose in his own remark, urged the practitioners to look inwards and lead by example with whatever they are sending to the government and the public, adding that if things get better through the information and communication disseminated, it is in the interest of everybody.

He lamented that most journalists have abandoned their first professional call and have become what he described as “professional-political journalists”, urging them to choose a path to follow of the two fields.

His words: “I want to remind you that if it gets better, it gets better for all of us. Leaders of yesterday wanted it better than what we have now, who will make it better for you and your children that are unborn and their tomorrow?

“If you live above board, you are reasonable apolitical in this system of change. Most journalists have abandoned their primary constituency, they are professional-political journalist. The first thing is for you to take to one profession either as a politician or as a journalist. I therefore want to appeal to you to get it right and contribute it right.”

Managing Director/Editor-in-Chief of African Newspaper of Nigeria Plc, Publishers of The Nigerian Tribune titles, Mr. Edward Dickson, represented by the Business Editor of the company, Mr. Suleiman Olanrewaju, noted that in spite of the obvious important role of communication, “it is often neglected or undervalued in development policy, planning and execution.

“This has been at a huge cost to the country because many projects have been abandoned or destroyed because the people for whom such projects were made never got to know their role in sustaining such projects.

Social media was my greatest agony in office - Reuben Abati