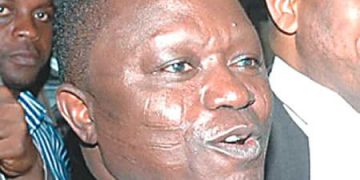 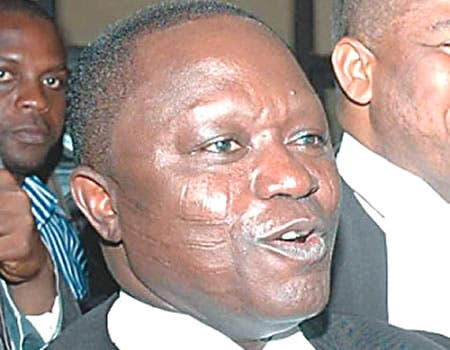 A former governorship aspirant on the All Progressive Congress (APC) platform in Oyo State, Chief Niyi Akintola (SAN), has declared his support for the second term bid of the Peoples Democratic Party (PDP) candidate and incumbent governor of the state, Engr. Seyi Makinde.

While speaking with newsmen at his Ibadan residence, Akintola said Makinde has demonstrated qualities of a good person with some of his laudable projects.

He stated that Makinde is the best among the top three leading candidates vying for the governorship seat in the state, adding that he is only concerned about personality, not political party.

“Next election will be about personality, not political party. I have said it several times that I’m no longer interested in politics; all I do now is not politics but personality. My concern as far as 2023 elections is concerned is Asiwaju and Seyi Makinde, that’s all.

“Makinde just awarded construction of the road to my local government, Omi Adio to Ido. In fact, I will be the one to flag it off. He has done the road from the railway station to Omi Adio.

“Two progressive leaders in Ogun State are not together, yet they are still in the same party. Ibori is still a PDP member, he is campaigning for Omo-Agege and didn’t support Okowa. Seventy per cent of my supporters are now in PDP while others are in Accord.

“I said I’m done with partisan politics. So, why should I be convincing someone to change his or her mind. I do personality, even within my local government. If they bring a candidate to me, I’m interested in those who can add value to ordinary man on the street. I’ve told my loyalists to go and mobilise support for Tinubu,” he said.

Speaking on Folarin’s visit to his house, Akintola said: “I was aboard Air Peace flight from Abuja to Ibadan with Oyo APC chairman. After exchanging pleasantries, he started calling Folarin; I guess Folarin didn’t pick his call and he asked for my movement and I said I will be in town later in the day. I left and went straight to my office.

“On getting to my office, we greeted each other, he was sitting in front of me, then he started calling Folarin, telling him that I was in the office and he should be coming. After I finished what I was doing in the office, I was about leaving the office when Ajimobi told me to wait for Folarin, which I declined but he insisted on following me.

“As soon as I got home, Folarin entered with one Alhaji Laide, they started begging me and I told them that we are not quarrelling. I told them that I’m no longer interested in politics but personality, and what concerns me in this election is Asiwaju.”

He continued: “Folarin said I branded vehicles for Asiwaju and I said yes, I did. I told him that I gave instructions that on no account should the vehicle be used by any candidate except Tinubu or else I will withdraw the vehicle. I told Faleke the same thing that the vehicles are only meant for Asiwaju, and I’m not doing it in expectation of anything from him.

“I’ve done so much for the party for the past 24 years and I gained nothing. From 1998-2022, I didn’t hold any political position or received any contract and nobody remembered me for anything.

“He told me that I should help him to call all my supporters to come back to the progressive fold. He said he has tried reaching them, that all of them are sending him back to me. I reminded him that you said I didn’t have any supporter. He said it was a political statement, that the key members of the progressive family are actually in my camp. Those are the real AD, AC, and ACN, not the decampees from the PDP who called themselves progressives.

“I told him that these people are adults, go and meet them yourself, some of them are even older than me, if you can’t convince them, who am I?

“He took pictures with me after the meeting. Anybody can take pictures, but I’ve turned down the request he made.
I’ve taken enough panadol for other people’s headache over the last 24 years.
If I see a candidate, irrespective of his or her political lineage, I will support him.