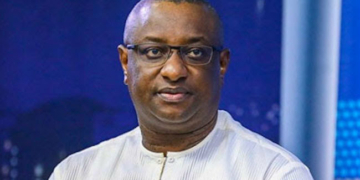 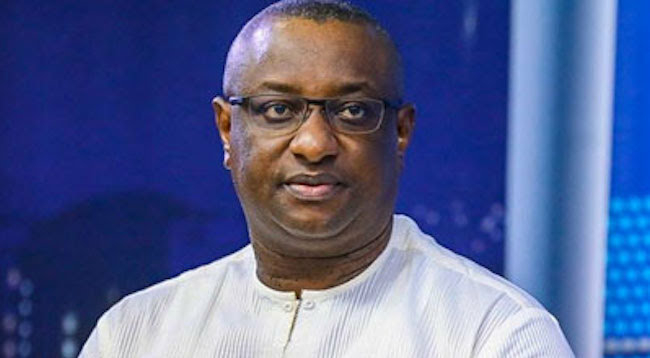 While speaking on ‘Politics Today,’ a political programme on Channels TV on Tuesday, Keyamo, a Senior Advocate of Nigeria, vowed to take Atiku to court in his capacity as a concerned citizen and member of the APC PCC.

Michael Achimugu, who claimed to be a former aide to Atiku, recently made some allegations of corruption against the former vice president.

He alleged that Atiku used Special Purpose Vehicles (SPVs) to siphon public funds when he served as vice president between 1999 and 2007.

Achimugu also released audio records of discussions between him and Atiku, in which the latter was admitting to creating SPVs to hide slush funds.

Dino Melaye, one of the spokespersons of the Atiku campaign, said the audio evidence was produced by the opposition to derail its campaign.

On Monday, Keyamo wrote a petition against Atiku to three anti-graft agencies, including the Economic and Financial Crimes Commission (EFCC), Code of Conduct Bureau (CCB), and the Independent Corrupt Practices and other Related Offences Commission (ICPC) to investigate Atiku. He also gave the agencies 72 hours to arrest the PDP candidate.

Speaking on Channels TV, Keyamo disclosed that he is willing to drop out from Tinubu’s campaign to prosecute Atiku if he is presented with the choices.

He added that Achimugu’s revelations corroborate evidence in the public domain, adding that he has interrogated the evidence and the credibility of the source to take legal actions.

“If Asiwaju says ‘Festus, you are diverting from my campaign, don’t campaign for me again’ I will say please take your campaign because this is national interest. I have taken it as a personal issue,” he said.

Speaking on the credibility of the accuser, Keyamo said: “We have seen his pictures with Atiku Abubakar all over the world, we have seen private e-mails between Abubakar Atiku and himself, private emails that they exchanged over the years.

“We have seen letters of appointment which of course one of the campaign spokespersons denied. The letter of appointment was signed by Raymond Dokpesi, another one by Atiku Abubakar’s son, Mohammed, and Gbenga Daniel in 2018.”

Keyamo added that Marine Float, one of the companies mentioned in the recording, is not new.

“In 2006, at the height of his public quarrel with Obasanjo over the sharing of money, the same PDP officially asked Atiku Abubakar to refund N500 million taken from that account,” he said.