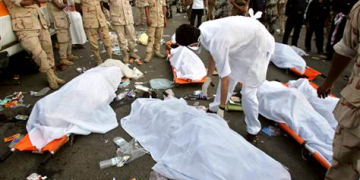 Another Hajj tragedy! 310 killed in stampede in Mina

Another Hajj tragedy! 310 killed in stampede in Mina 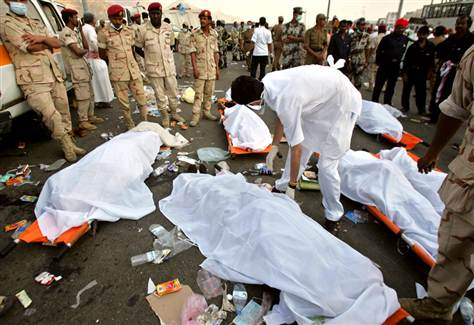 At least 310 people have been killed in a stampede at the annual Hajj pilgrimage, Saudi Arabia’s civil defence directorate said.

The directorate said at least 450 other pilgrims were injured in Thursday’s stampede, which took place in Mina, on the outskirts of the holy city of Mecca.

Mina is where pilgrims carry out a symbolic stoning of the devil by throwing pebbles against three stone walls. It also houses more than 160,000 tents where pilgrims spend the night during the pilgrimage.

“The street where it happened is named Street 204. This stampede did not happen at the site of the ‘stoning of the devil’ ritual, which was happening today.”