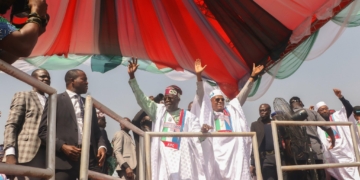 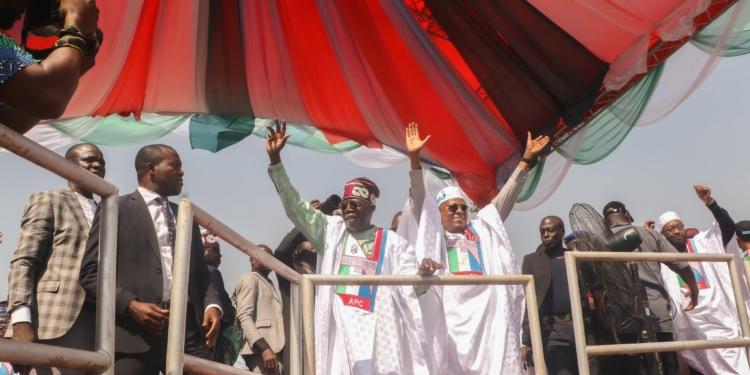 The Director, Media and Publicity, All Progressives Congress Presidential Campaign Council (APC PCC), Bayo Onanuga, has debunked claims that the party’s presidential candidate, Asiwaju Bola Tinubu, was rushed off the stage due to health concerns during the campaign rally in Minna, the Niger State capital, on Wednesday.

In a statement shared on the official website of the APC presidential candidate and his running mate, Senator Kashim Shettima, Onanuga said the crowd that turned up to welcome Tinubu at the rally was so massive that the former governor of Lagos State had to address them briefly.

“A massive crowd of APC supporters welcomed the presidential candidate, Asiwaju Bola Ahmed Tinubu, to Minna on Wednesday, as he arrived for the mega rally.

“The cheering crowd was unprecedented, according to journalists at the Trade Fair Complex, venue of the rally.

“Tinubu, who held another successful rally in Kaduna on Tuesday, arrived in Minna in the evening of the same day for a series of meetings with APC leaders.

“The crowd was so huge that Tinubu spoke briefly to appreciate the supporters and identified the party candidates seeking elective positions.

“Contrary to the rumours that he was rushed off stage because of health concerns, Tinubu cut it short to attend to other programmes of the day.

“He commended the party supporters for coming out en masse to witness the flag off of the presidential campaign,” he said.

According to Onanuga, after the rally, Tinubu inaugurated his campaign office in Minna, donated by Blueprint Newspaper Publisher and Chairman, Strategic Communications of the Asiwaju Bola Tinubu Presidential Campaign Council, Mohammed Malagi.

He also paid a visit to the Emir of Minna and was later hosted to a luncheon organised by the Niger State Governor, Abubakar Bello.