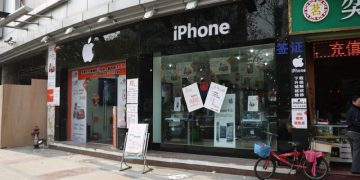 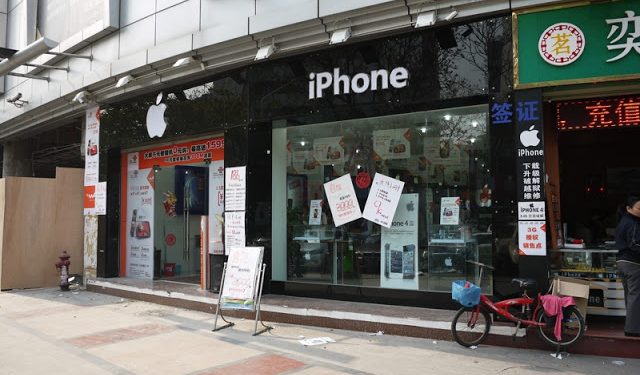 Chinese consumers are obviously avoiding iPhones and other Apple products. In a letter to investors on Wednesday, CEO, Tim Cook, confirmed that traffic to Apple stores in China have declined.

Although some analysts blame the iPhone sales decline in China on the rising U.S-China trade tensions which have contributed to the financial slump in the Asian nation, others suggest Apple’s actions, such as resolute pursuit of high selling prices for its products are the major cause of the decline.

An analyst at market research firm IDC, Kiranjeet Kaur, said “Apple sales in China have not been doing well for a few quarters now, part of the reason is that their price points have gone too high; past the $1,000 mark. That’s almost three times as expensive as phones from other vendors that are filling the mass market.”

China’s smartphone market has dropped sharply, with Apple and Samsung leading the fall, although some domestic products have performed more strongly.

Apple manufactures most of the products it sells worldwide in China but there has been a decline in sales after the arrest of the chief financial officer of domestic rival, Huawei Technologies Co Ltd in Canada at the request of the United States.

Cook recently told CNBC that Apple products had not been targeted by the Chinese government, but acknowledged that some consumers may have chosen other brands due to the fact that Apple is an American company.

“The much larger issue is the slowing of the (Chinese) economy, and then the trade tension that has further pressured it,” he said.

“While we anticipated some challenges in key emerging markets, we did not foresee the magnitude of the economic deceleration, particularly in Greater China,” Cook said to investors, while explaining why the company had to cut revenue forecast for the quarter.

The company said it expected to bring in about $84billion during the quarter that ended on Saturday; down from a previous estimate of $89billion, which would result in almost five percent decline from the same quarter a year ago.

Wednesday’s sales forecast was the first time that Apple had revised its guidance to investors for more than 15 years. Apple’s shares sank more than seven percent in after-hours trade, extending its more than 28 percent slide since November, 2018.