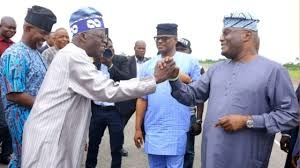 The Peoples Democratic Party Presidential Campaign Council ( PDP PCC) has said with the series of “disgraceful allegations” against the All Progressives Congress (APC) preaidential candidate, Asiwaju Bola Tinubu, has no integrity left to hold office as the president of Nigeria.

The spokesperson of the Atiku/Okowa Campaign Organisation, Kola Ologbondiyan in a statement on Saturday, said it is laughable that Tinubu “who cannot comprehend current political dynamics or articulate any meaningful conversation within the demands of the contemporary Nigeria,” is asking others to go home and rest when such is an advice he ought to give to himself.

“Nigerians are in agreement that if there is any presidential candidate that must go home and rest as demanded by Tinubu, it is Tinubu himself, who has been reported as requiring support to stand, whose speeches are grossly incoherent and who has become the butt of weird jokes among Nigerians for his many blunders,” he said.

According to Ologbndiyan, “is it not pathetic that Tinubu that had to forcefully lock all markets in the entire Lagos State to get a motley of crew to attend a rancorous rally is contemplating winning a Presidential election in Nigeria?”

“Our campaign counsels Asiwaju Tinubu to accept the reality that an overwhelming majority of Nigerians have already reached a consensus on electing the presidential candidate of the PDP, Atiku Abubakar, giving his energy, competence, capacity, will power and understanding of the issues troubling our nation as well as his readiness to provide the solutions,” he added.