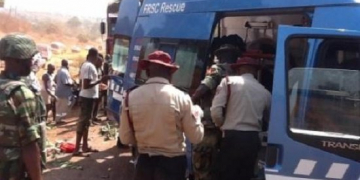 Auto crash: Dead Ekiti doctors would have survived if …. Survivor

Auto crash: Dead Ekiti doctors would have survived if …. Survivor 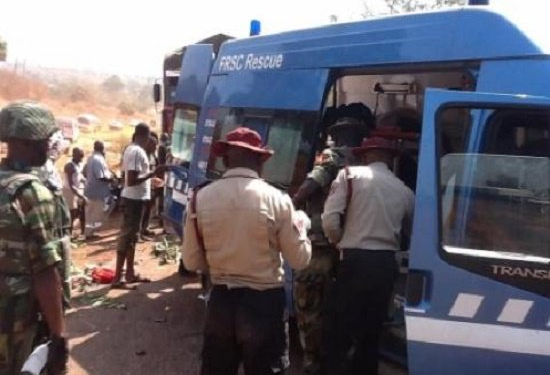 One of the survivors of the accident that claimed the lives of six doctors in the employ of the Ekiti State Government and the Chairman of the Ekiti State branch of the Nigerian Medical Association, Dr. John Akinbote, has blamed the death of the doctors on lack of immediate medical attention.

The doctors were involved in an accident on the Abuja-Kaduna Expressway on their way to Sokoto for the 56th Annual General Meeting of the NMA.

But Akinbote, who spoke with journalists on his hospital bed on Monday at St. Gerard Hospital, where other surviving doctors are currently receiving treatment, said lack of immediate medical care was the undoing of the late doctors and the driver of the vehicle.

NAN quoted him as saying:

“Those that died would have survived if we got good medical attention from the point of the accident to the Doka General Hospital in Kaduna.

“It became even worse when we got to Doka Hospital and there was no single doctor to attend to us and the only nurse on duty had no first aid facilities to administer treatment.

“I am sure if the FRSC personnel that took us to Doka Hospital and the nurse on duty had medical facilities to give first aid treatment, our doctors and driver wouldn’t have died.”

Another survivor, Dr. Stephen Ayosanmi, said the driver had slammed the brakes when the tyre burst, causing the bus to somersault.