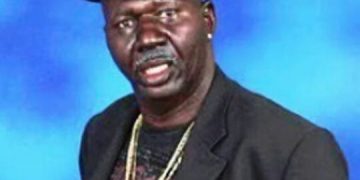 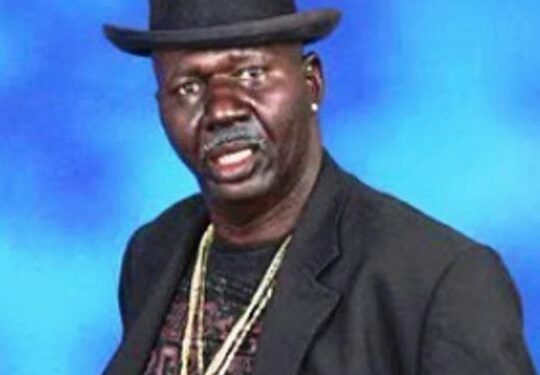 Veteran Nollywood comic actor, Babatunde Omidina popurlarly known as “Baba Suwe” is reportedly going through serious health complications again and he seeking help from his colleagues in the entertainment industry.

How NDLEA’s allegations against my father cost him friendships, opportunities — Baba Suwe’s son

The actor was recently interviewed on Lagelu FM in Ibadan. The video of the interview was shared on Instagram on Monday by fellow actor, Yomi Fabiyi.

Narrating his ordeal, Baba Suwe said “I had just returned from America. While I was on phone speaking to my family that I had landed, I fainted and that was it. I spent close to three weeks at the hospital and till now I am not better”.

In October 2011, Baba Suwe was arrested by the National Drug Law Enforcement Agency (NDLEA) at the Muritala Muhammed International Airport in Lagos on his way to Paris.

It was reported that he went through the scanning machine at the airport and substances suspected to be drugs were seen hidden in his stomach.

He was kept in custody for days but was later released after days of rigorous screening. He was exonerated when no incriminating evidence was found.

The actor later approached the courts for the restoration of his fundamental human rights; and for adequate compensation. The court ruled in his favour and he was granted general damages of N25 million against NDLEA. The agency is however yet to pay the damages.

With Bab Suwe’s health now deteriorating, Fabiyi is accusing fellow actors and actresses of abandoning an actor who has given so much to the movie industry.

“That’s the nature of our actors, there is no exception. Imagine the caliber of people I told you I had spoken to about Baba Suwe’s case yet none look his way yet.

But if God forbid, he dies from the problem, they would be all over the place eulogizing his qualities which they helped kill by their lack of empathy.”

He promised to defend, protect and stand by Baba Suwe.

“Baba Suwe is an entertainer, he is consistent for more than 2 decades. He paved the way for me to come into the movie industry, featured me first in a movie, fed me, gave me accomodation, gave me a platform, ride me in his car, learnt MC hussle from him etc HE IS AN ICON, LEGEND and a game changer. I will stand by you no matter what. A child will fight, defend and protect his or her father solicited or unsolicited. I will never be an ingrate. Get well soon’.

Reacting to Fabiyi’s accusations, Iyabo Ojo and Mercy Aigbe took to their Instagram pages to explain that they were unaware of Baba Suwe’s health problems. Ojo said the last time Fabiyi said he was sick, she was ready to help but Baba Suwe said he did not need help.

She wrote: “It saddens my heart to hear of your illness once again sir ?? I remember @realyomifabiyi had once spoken out about your illness & I was ready to support then until we heard you said you never needed help, but now that I know you do need help, I will galdly do my part to support you in my own little way, God heal you completely sir.

“Pls my beautiful people what ever amount you feel lead by your spirit to support Baba Suwe with pls kindly help & support him, pls also remember him in your prayers, ??God will definitely reward & bless your kind heart.”

Mery Aigbe also wrote: “Yesterday I was shocked to see Baba Suwe’s video online asking for help, I really didn’t know it was that bad … I remember when @realyomifabiyi first talked about his sickness, shortly I heard he was alright and doing well…?

“It saddens my heart that one of our pioneers and icon in the industry is down…. I woke up this morning and sent my bit …

“Pls if God places it in your heart to help, pls do so, it will go a long way, may God continue to bless you as you do.”

Below is a screenshot of Baba Suwe’s account details posted by Fabiyi.