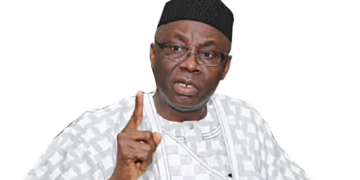 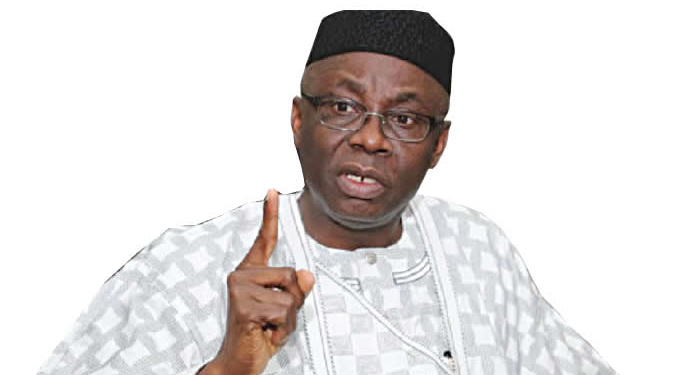 The presiding pastor of Citadel Global Community Church, formerly known as Latter Rain Assembly, Tunde Bakare, has said the 2023 presidential election will remind Nigerians that they have yet to solve the cracks of the regional and ethnic fault lines in their political history.

This he said was due to the confrontations from the support base of the three leading presidential candidates who are from the three foundational geopolitical zones ofthe country.

The cleric stated these on Sunday while delivering his State of the Union address at his church in Lagos.

The theme of the address was, ‘Bridging the Gap Between Politics and Governance.”

The cleric also took a swipe at the presidential candidate of the All Progressives Congress(APC), Asiwaju Bola Tinubu, saying that the ‘Emi lokan’ kind of politics will only gratify long-term ambition.

Although Bakare did not mention the Tinubu’s name, he however in a veiled reference to the APC candidate explained that the politics of “entitlement like the emi lo kan politics that insists on one’s turn, even if circumstances do not align, is bad.”

“Politics of entitlement also manifests as a perennial candidacy, not with the intent to serve but to gratify long personal ambitions.

“It could also manifest as insistence on a given political office as a reward for what one considers a lifetime of sacrifice to the nation. Politicians with a sense of entitlement evade political debates and do not consider it imperative to communicate with the electorate,” he said.

The cleric warned that entitlement politics will breed an imperial presidency that is distant from the people and has no sense of responsibility or accountability to the people.

“Such imperial governance will slide towards dictatorship and will be intolerant of dissent.

“Entitlement politicians set low-performance benchmarks for themselves when they secure power and are content with projecting molehills as mountains of achievement,” he stated.

Bakare said building a great nation begins with healing from past grievances and wounds, some of which have continued to fester, more than six decades into “our journey as an independent nation.”

“As we brace ourselves for the 2023 elections, we are confronted with memory joggers that bring us face to face with the lingering effects of these and other dark chapters of our history. When one takes a close look at the presidential race, one cannot but observe that the divisive forces that have defined our paths have converged as though reminding us that we as a nation are yet to fix the broken foundations.

“First, we are confronted with religious and ethnic memory joggers for the first time, so the First and Second Republics, our political process has thrown up three rather than two major contenders for the presidency, as it was in the first and second republics.

“Each of the three has a support base in one of the three main regions that constituted the geopolitical foundation of our country, namely, the North, the West and the East mirror in the ethnic origin of each candidate. We support bases, largely regional, and with drumbeats of ethnic confrontation sounding loud and clear. We are faced with a stark reminder that we have merely papered over the cracks of the regional and ethnic fault lines in our political history.

“Secondly, five decades after the end of the Civil War, unanswered questions about our national reintegration, continue to stare us in the face, even as the true political inclusion of the South East remains a strong imperative in our quest for nationhood,” he added.