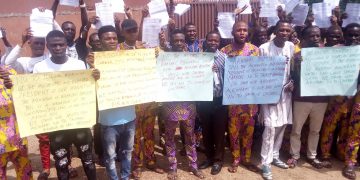 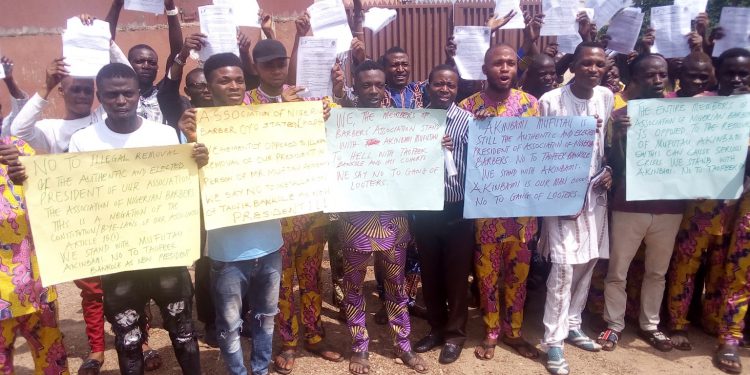 The Oyo State chapter of the Association of Nigerian Barbers (ANB), is cirrently embroiled in crisis over the removal of its president, Mr. Mufutau Akinbami, from office.

Some of the barbers accuse two former presidents of the union of instigating the crisis, forcing Akinbami out of office in order and imposing their own candidate, on the union.

Apart from protests being organised by members of the union, a concerned group, Veteran Organization for Human Rights Initiative (VOHRI), has peritioned the Commissioner of Police in Oyo State, Mr. Shina Olukolu, alleging that Akinbami’s life was being threatened in addition to his “illegal removal from office”.

Newspeakonline understands that copies of the petition were sent to Governor Seyi Makinde, Speaker of the Oyo State House of Assembly, the Department of State Security and the DPO Agugu Division. They urged the concerned authorities to intervene in the matter in order to forestall any attempt by the aforementioned members to forcefully install another President.

They said Akinbami’s removal was contrary to section 34, 35 & 36 of the 1999 constitution of the Federal Republic of Nigeria 2010, as amended and a negation of the Association of Nigerian Barbers’ constitution Article 15 (1).

He however alleged that “when all efforts to instigate members of the association against him proved abortive, they then called an emergency general meeting of all executive members 13th June 2019 where he, Mr. Possible single handedly proclaimed the removal from office of Mr. Mufutau Akinbami, without regard to Article 15(1) of the association constitution which states that the President with the support of 2/3 majority committee by voting shall remove any zonal chairman if there is any, misconduct/mischief, fraud/stealing.”

The embattled President who said that the case of threat to his life has been reported at Ogbere Police Station in Ibadan, called on concerned authorities to intervene so as to prevent breakdown of laws and order in the state.