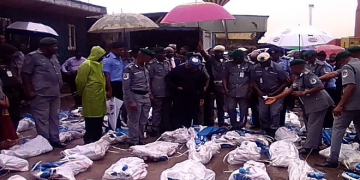 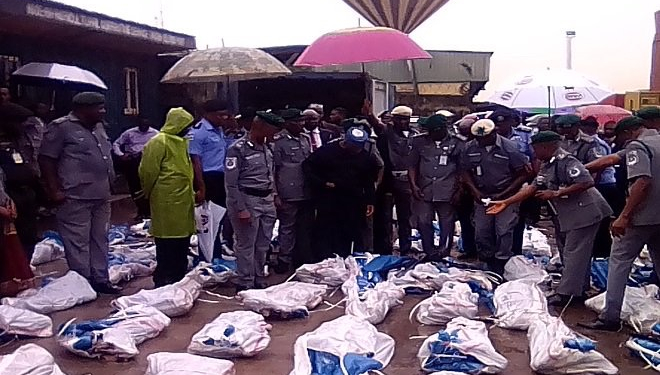 Officials of the Nigerians Customs have discovered 1,100 pump action rifles in a container at the Tin-Can Island Port in Lagos.

Benin Republic hands over container load of tramadol worth N1.4bn to Customs

The weapons are believed to have been smuggled into the country by a gun-running syndicate.

At a briefing on Monday, Controller-General of Customs, Colonel Hameed Alli (retd) said that the weapons were brought in from Turkey and concealed in a container purportedly conveying wash basins.

The Customs boss also said a Customs officer and a clerk at the Tin-Can Island Command have been arrested as part of investigations. 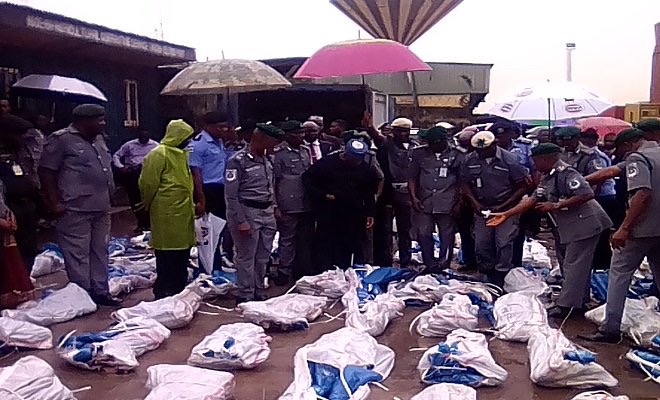