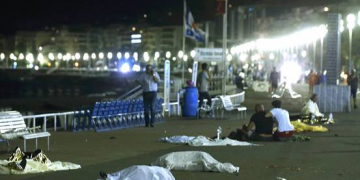 BREAKING: 80 killed in Nice, France in another terror attack on Bastille Day

BREAKING: 80 killed in Nice, France in another terror attack on Bastille Day 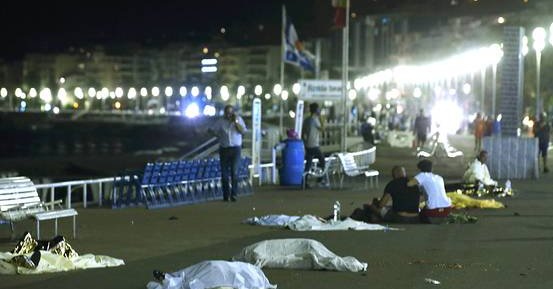 There has been yet another terror attack in France, this time in Nice. At least 80 people have been killed and dozens injured after a truck drove through a crowd of people gathered along the city’s famous waterside Promenade des Anglais for a Bastille Day fireworks display.

Bastille Day is national holiday to celebrate the French Revolution.

French President Francois Hollande has said several children were among the dead after what he described as a monstrous “terrorist” act.

The driver zig-zagged along the promenade for some two kilometres (1.3 miles), mowing people down along the way, according to Nice prosecutor Jean-Michel Pretre.

Several officials say he then emerged from the vehicle and started shooting, sending hundreds of terror-stricken men, women and children running in terror. 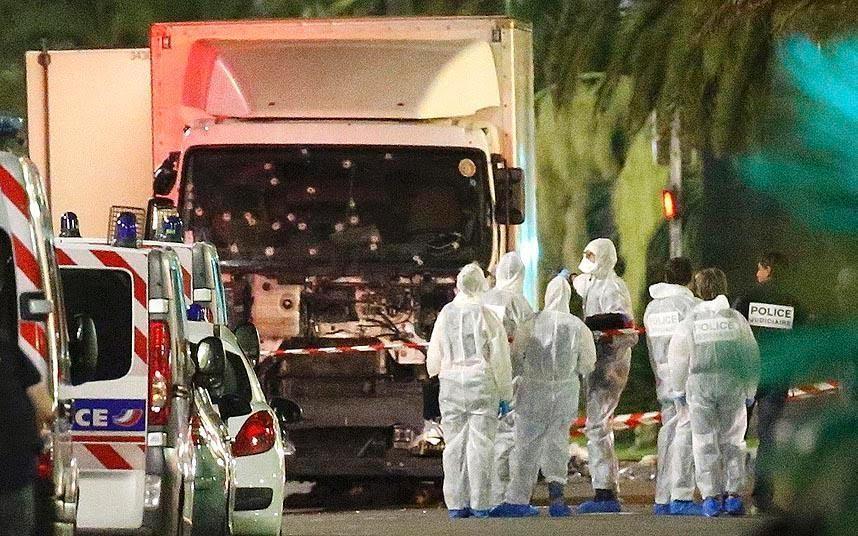 A Sky News report said “French officials say the driver was shot dead by police at the scene, with images showing the windscreen of the 25-tonne lorry riddled with bullet holes.

“Authorities are investigating if he acted alone following media reports that a possible accomplice had fled the scene.

“Several weapons, guns and grenades were found inside the vehicle, Christian Estrosi, president of the region, has confirmed”.

Identity papers of a French-Tunisian were also discovered, according to a police source quoted by news agency AFP. The papers indicate the man is a 31-year-old resident of Nice.