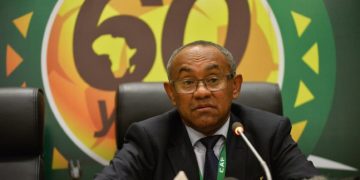 Reports coming out of France have it that CAF President Ahmad Ahmad has been arrested in Paris.

He was arrested on Thursday morning at the Berri Hotel in Paris.

It is understood that the arrest is in relation to contractual matters with a Puma deal that was allefedly unilaterally abrogated in favour of another company.

The last few days have been very controversial for the football body. Twenty-four hours ago, CAF’s executive committee decided to order for a replay of the second leg of the CAF Champions League final which ended prematurely last Friday in Tunis.

The decision to replay the final had not gone down well with Esperance followers and many across the continent, including some top followers of Mr Ahmad.

FIFA reacted to the arrest in a statement, saying it has not been supplied with details surrounding the investigation.

NFF President, Amaju Pinnick, set to take over from Ahmad as CAF president