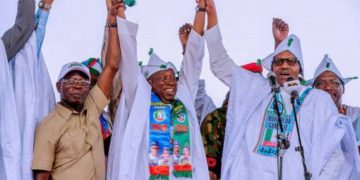 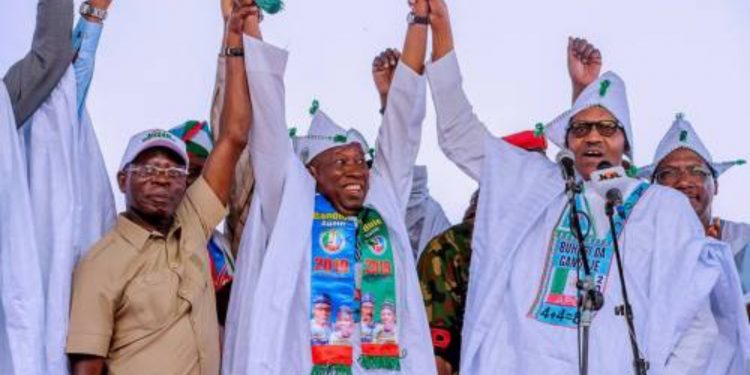 Kaduna State Governor, Abdullahi Ganduje, has won a second term in office after winning the supplementary election held on Saturday amid violence and voter intimidation.

Ganduje, who contested on the platform of the All Progressives Congress (APC), won the rerun election with 45,876 votes.

Declaring the result on Sunday despite outcry of election observers and PDP agents, the state INEC Returning Officer, Professor B. B Shehu said in the supplementary election, Ganduje polled 45,876 votes while Engineer Abba Kabir Yusuf of the PDP scored 10,239 votes.

Prof Shehu said 28 local governments were affected by the rerun poll with a total registered voters of 131,073.

Before the elections were declared inconclusive after the March 9 governorship election, PDP was leading with 1,014,474 votes, while APC had secured 987,819 votes.

The results collation and declaration were made in a very chaotic atmosphere with PDP representatives storming out of the centre as the declaration was about to be made.