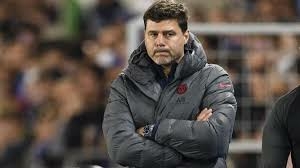 Paris Saint-Germain have confirmed the sacking of Mauricio Pochettino and are poised to announce former OGC Nice boss,Christophe Galtier, as his successor.

The axe has fallen on the Argentine after just 19 months in charge, despite guiding PSG to the Ligue 1 title last term, with their disastrous exit to Real Madrid in the Champions League last 16 proving his downfall.

Frenchman Galtier is believed to be club president, Nasser Al-Khelaifi’s prime choice, after he opted against moving for ex-Real Madrid boss, Zinedine Zidane.

He also lifted the Coupe de France during his first six months at the helm but his side were pipped to the title by Lille in 2020-21.

PSG’s star-studded squad won the title quicker than any other club in Europe’s top five leagues last season and also recorded the biggest points margin over second place across those divisions.

But the Champions League once again eluded them as Pochettino’s side threw away a two-goal aggregate lead against former boss, Carlo Ancelotti’s eventual winners.

Pochettino’s contract was set to expire in 2023 but the two parties reached a mutual agreement to terminate the deal early.