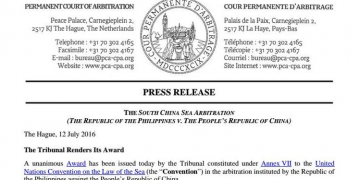 BREAKING: The Hague rules against China in South China Sea case with Philippines

BREAKING: The Hague rules against China in South China Sea case with Philippines 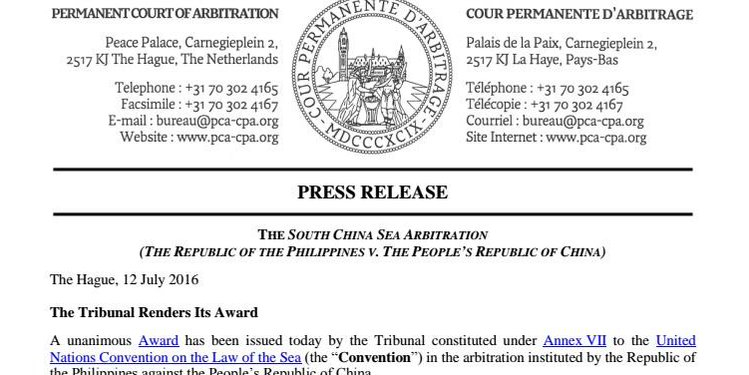 An arbitral tribunal in The Hague, Netherlands, has ruled in favour of the Philippines in its historic case against China over the West Philippine Sea (South China Sea).

China, through its Foreign Affairs Ministry, has however rejected the ruling, describing it as null and void.

The Permanent Court of Arbitration (PCA) of The Hague, on Tuesday said in a statement:

“[The] Tribunal concluded that, as between the Philippines and China, there was no legal basis for China to claim historic rights to resources, in excess of the rights provided for by the Convention, within the sea areas falling within the ‘nine-dash line’”

The tribunal added that “all of the high-tide features in the Spratly Islands (including, for example, Itu Aba, Thitu, West York Island, Spratly Island, North-East Cay, South-West Cay) are legally “rocks” that do not generate an exclusive economic zone or continental shelf.” 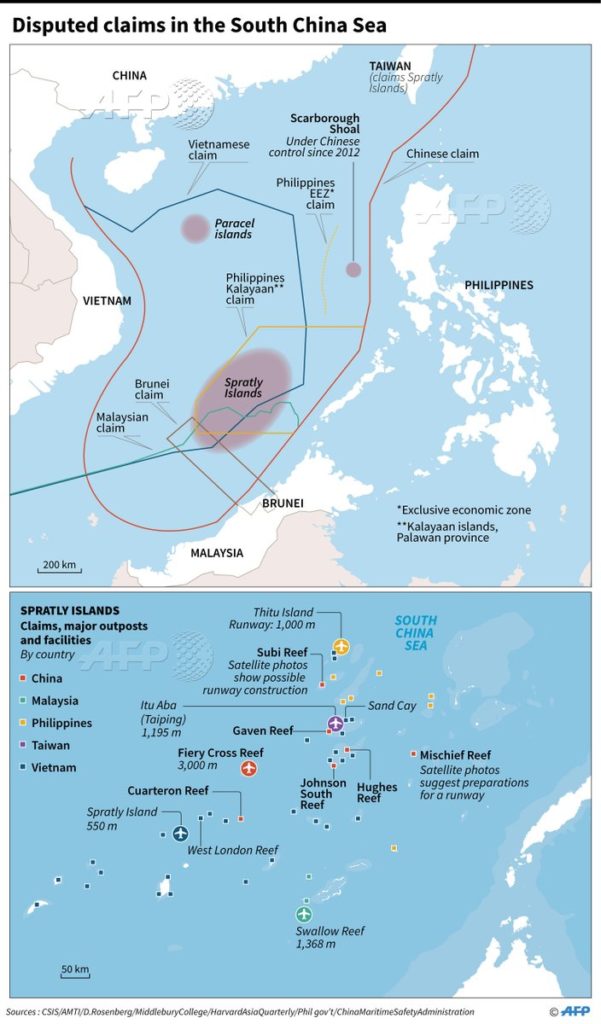 “Our experts are studying the Award with the care and thoroughness that this significant arbitral outcome deserves. In the meantime, we call on all those concerned to exercise restraint and sobriety”.

This ruling comes after a 3-year process vigorously pursued by Philippines but snubbed by China.

In rejection of the verdict, part of a statement of the Ministry of Foreign Affairs of the People’s Republic of China reads:

With regard to the award rendered on 12 July 2016 by the Arbitral Tribunal in the South China Sea arbitration established at the unilateral request of the Republic of the Philippines (hereinafter referred to as the “Arbitral Tribunal”), the Ministry of Foreign Affairs of the People’s Republic of China solemnly declares that the award is null and void and has no binding force. China neither accepts nor recognizes it.