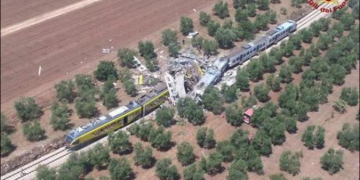 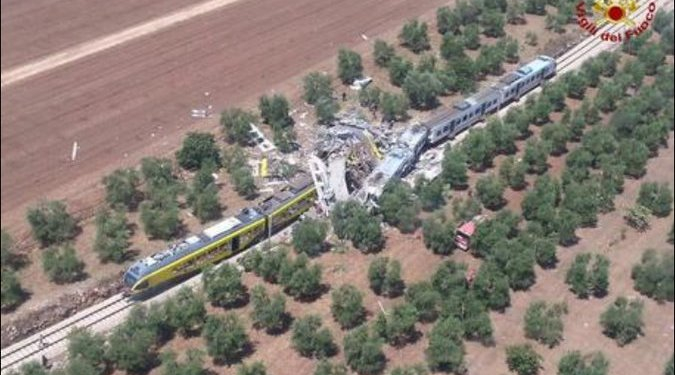 Two trains have collided head on in southern Italy, killing at least 10 people and injuring dozens of others, according to Italian media reports.

Police said the accident happened on a single stretch of track between the towns of Corato and Andria.

An aerial image showed train carriages were smashed and crumpled by the collision, with debris spread out on either side of the track. 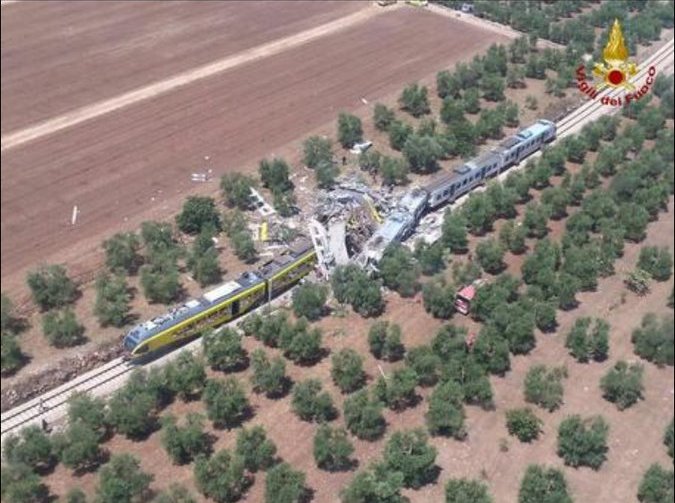 According to the spokesman for the fire brigade, the two passenger trains collided in the middle of an olive grove.