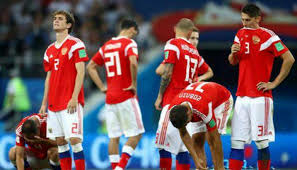 The move comes after the International Olympic Committee (IOC) recommended that Russian and Belarusian athletes and officials are banned from any organised international competitions.

The implicatiom is that the Russian men’s team will not play their World Cup play-off matches next month and the women’s team have been banned from this summer’s European Championship.