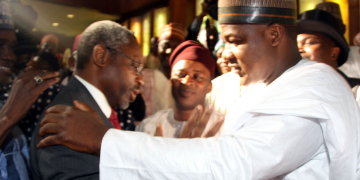 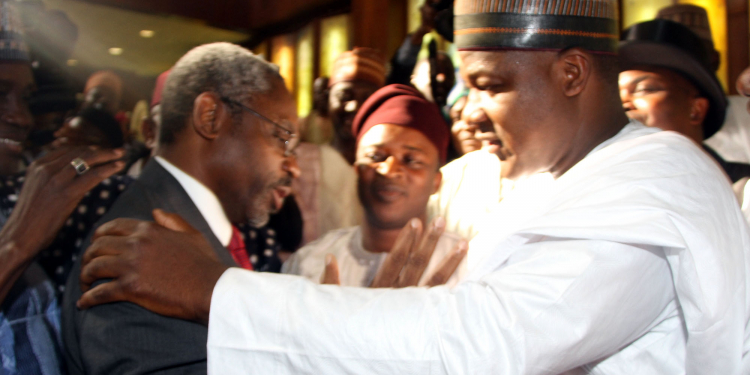 The Body of Principal Officers of the House of Representatives on Thursday said former Chairman, Committee on Appropriation, Hon. Abdulmumin Jibrin, was sacked because he abused the 2016 budget.

They also disassociated themselves from Jibrin and his recent allegations of budget padding, stating that the decision to sack him was a collective one.

All 10 principal officers of the House signed the document to disown Jibrin.

The principal officers also noted that the budget would have suffered more abuse in the hands of Jibrin had the House, the Senate and a team from the Executive not met to retrieve it from the former chairman.

They explained that the rescue mission started after various Ministries, Departments and Agencies complained of being harassed by Jibrin.

The joint statement by the principal officers, read in part:

“The proponent (of budget-padding), the recently sacked Chairman of the House Committee on Appropriation Hon. Abdulmumin Jibrin, sought to make allegations of impropriety against  the leadership of the House over the process and content of the 2016 budget passed by the National Assembly and signed into law.

“While the leadership is determined to ensure that absolute diligence, maturity and due process are employed in dealing with the allegations, instead of joining the accuser in a press war, it is important to state, in the interest of the agitated public, that the allegations are wild,  baseless and unfounded.

“Good enough, all the said allegations raise issues that can be easily verified and the public will be availed ample opportunity upon the resumption of the House.

“In the meantime, however, the leadership of the House of Representatives wishes to reaffirm that it took collective action, in conjunction with the Senate and a team from the Executive, to rescue the 2016 Budget when it became obvious that the former appropriation Chairman had placed both the document and the process in jeopardy resulting in a spate of agitation from Ministries, Departments and Agencies.

“Furthermore, the decision to relieve the erstwhile Appropriation Chairman of his position was a collective decision of the leadership in response to unrelenting pressures from the overwhelming majority of Honourable members who were irked by the former Chairman’s gross abuse of the budget process.

“Both actions were taken in the best interest of the institution and the nation for which we take full responsibility.

“Truth may be slow but it usually always wins the race in the end. We have no doubts.”

The development came as Jibrin said on Thursday that he stood by his allegations against Dogara, Lasun; Ado-Doguwa and  Ogor.

Jibrin, in a statement in Abuja, said he believed Dogara and the three other officials would soon be arrested by anti-graft agencies and charged for corruption.

FUNAAB shut down over violent protests by students