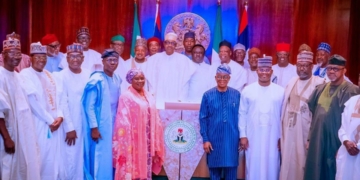 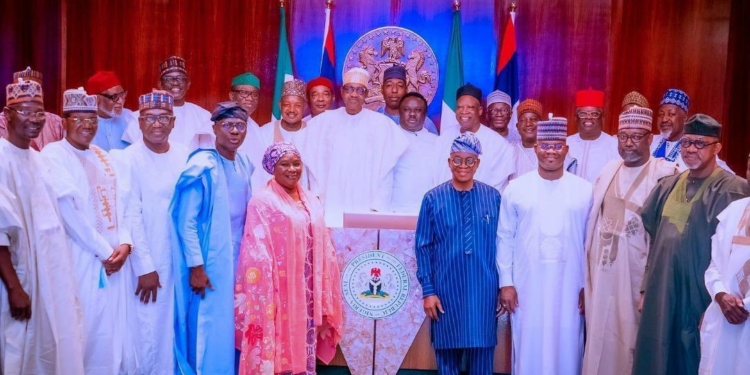 President Muhammadu Buhari has charged governors elected on All Progressives Congress (APC) platform to ensure that a true party man emerges as the presidential candidate of the party.

Buhari met with all the 22 APC governors on Tuesday, before departing for a three-day state visit to Spain.

The president urged the governors to align on their interests so that the party can have a presidential candidate that can win the election and a candidate the Nigerian masses will believe in even before the election.

He said: “Our objective must be the victory of our party and our choice of candidate must be someone who would give the Nigerian masses a sense of victory and confidence even before the elections.

“In a few days, the party will be holding its convention during which primaries would take place to pick the presidential flag bearer for the 2023 general elections.

“This is a very significant process and its outcome should prove to the world, the positive quality of the APC regarding democratic principles, culture as well as leadership.

“As I begin the final year of my second term as President of the Federal Republic of Nigeria and leader of the party, I recognise the compelling need for me to provide stronger leadership to the party under this transition process and to ensure that it happens in an orderly manner.

“Such leadership is required so that the party remains strong and united. It is also needed to improve our electoral fortunes by ensuring that it retains power at the center, hold the great majority in various legislative chambers and also gain additional number of states.”

Buhari also told the governors and the party chairman, Senator Abdullahi Adamu, who also attended the meeting, that the party should work to reduce the number of the presidential aspirants to a manageable size from the current 23 before the convention.

APC has slated its presidential convention for June 6 and 7, 2022.

The party has set up a screening panel, led by former national chairman, Chief John Odigie-Oyegun, that started work on Monday.

The screening of the presidential aspirants is expected to end on Tuesday (today), while the panel is expected to send its recommendations to the National Working Committee.