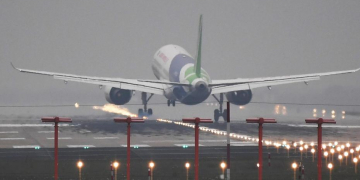 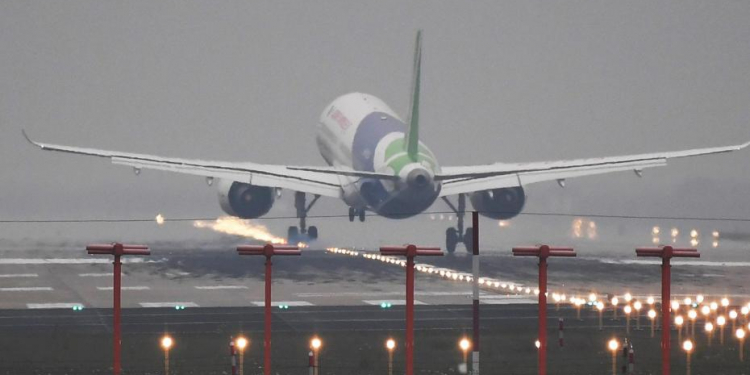 The first large Chinese-made passenger jet completed its maiden test flight on Friday as China edged closer to its goal of breaking into the aircraft industry.

The C919, which manufacturers hope will rival the Airbus A320 and Boeing 737, took off from Shanghai Pudong airport to applause from hundreds of assembled guests.

After a flight lasting just over an hour, smiling test pilots disembarked to jubilation on the ground, where large screens beamed images of the airborne jet.

The official Xinhua News Agency said China had become “one of the world’s top makers of jumbo aircraft,” behind the US, Europe and Russia, while the event was live broadcast on state-owned channel CGTN.

The plane’s maker is the Commercial Aircraft Corporation of China, Comac, a government-owned firm founded in 2008 and tasked with the strategic goal of breaking the duopoly held by Airbus and Boeing.

Boeing predicts that over the next two decades, China’s air passenger traffic will swell by 6 percent annually, stimulating the need for 6,810 new planes worth a total of $1 trillion (£770 billion).

The C919, designed for 158 to 168 passengers, is a key part of Comac’s plan to reclaim the domestic aircraft market.

It claims to have already received 570 orders from 23 customers, most of which are reportedly state-owned airlines.

Eric Chen, president of Airbus Commercial Aircraft China, said in an emailed statement: “We believe C919 will bring new competition to the market.

“And we welcome competition, which is good for the development of the industry.”