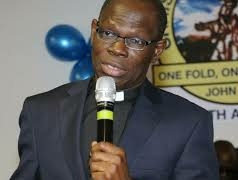 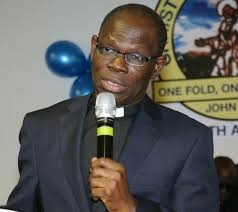 The President of Christ Apostolic Church (CAC) Worldwide, Pastor Samuel Oladele, has admonished Christians on the essence of Christmas celebration.

The cleric stated this over the weekend during the 2022 Christmas carol organised by the church at its General Secretariat in Ibadan, the Oyo State capital.

In his sermon, titled, ‘Men’s revolt against the king,’ from the book of 2nd Samuel 20:1-2, Oladele described how Absalom, the son David and Sheba revolted against him, which made David abdicate the throne in search of safety. He said the people refuse to honour and recognise the divinity in David.

He said: “This is same way people of those time and now fail to recognise divinity in Jesus as Lord of lords as some called and ridiculed Him because He is son of a carpenter.

“But Jesus is divine because he came down from heaven to save humanity. We should see him as the head of rulers of the earth and we should recognizse divinity in Him and hearken to His teachings.

“We should eschew excuses and obey his teachings just like God instructed when He was baptized by John the Baptist at the River Jordan,” Oladele advised said.

While speaking with journalists, the church’s Publicity Secretary, Pastor Ademisoye Alawode, described the carol as a successful one.

According to him, the Christmas Carol was organised to pass Christmas message of Jesus’ birth and its significance to the world. He said the messages were passed through songs and sermons during the church service.