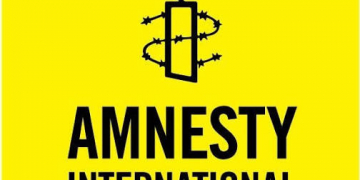 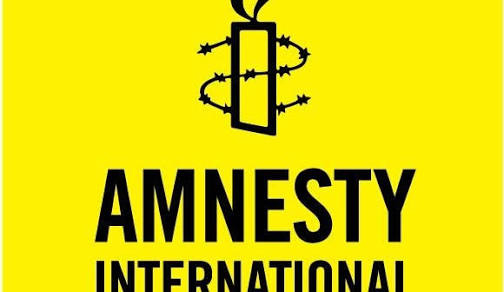 The International Criminal Court (ICC) has confirmed the receipt of a petition against the activities of Amnesty International in Nigeria.

112 killed, 160 kidnapped in two states within one month-Report

The acknowledgement letter with reference number OTP-CR+265/16 was dated September 9, 2016 and was signed by Mr. Mark Dillon, head of Information and Evidence in the Office of the Prosecutor, ICC.

Dillon said in the letter that the court is in custody of a complaint by a civil society organization from Nigeria, the Centre for Social Justice, Equity and Transparency (CESJET) requesting the Prosecutor to open a criminal investigation into the activities of the international human rights organization‎.

The ICC said in their response to the petition, “Office of the ICC acknowledges the receipt of your Document/letter.

“We will give consideration as appropriate in accordance with the provision of the Rome Stature of ICC”.‎

CESJET had dragged Amnesty International before the International Criminal Court over its report which accused Nigeria of human rights violation.

In a petition submited to the office of The Prosecutor, International Criminal Court (ICC)‎, Madame Fatou Bensouda, ‎CESJET, through its counsel, Mr. Wolfgang Bendler,  a German and Edward Omaga, a Nigerian lawyer said AI in promoting and protecting human rights has been derailed into an incendiary and partisan goal.‎

Parts of the petition read, “Against the background of its 2015/2016 Annual Report in which it raises questions on the appalling human rights situation across the globe and scores Nigeria low as an abuser of human rights, it is pertinent to state that the ombudsman mission of Amnesty International in promoting and protecting human rights has been derailed into an incendiary and partisan goal.

“For now, lopsided views, shortsighted and hasty conclusions, some not backed by facts are Amnesty International’s hallmark instead of bold objectivity in the pursuit of its vision.

“No doubt, international law and human norms demand that Nigeria as a state and Nigerians as a people eschew every form of man’s inhumanity to man. Hence perennial cases of police brutality, high-handedness by security officials, a criminal justice system which has failed, with many innocent citizens wasting away in illegal detentions, and state-backed maltreatment of citizens, call for holistic reforms of the structures and institutions of democracy. “Indeed, there may be real or perceived cases of arbitrary brutalization of persons by security officials but these cases must not be exaggerated to denigrate the sovereignty and humanity of a nation”. ‎

CESJET said records would show that the murderous terrorist group called Boko Haram had killed more than 20,000 Nigerians in cold blood since 2012.

The group also said the Niger Delta Avengers have continued to breach the peace while destroying the infrastructure of Nigeria.

CESJET said, “They do this on the strength of Amnesty International’s affirmation that terrorist groups are untouchable by Nigerian government.

“As at today, the Complaint dated 1st September, 2016 has successfully dispatched to the International Criminal Court and acknowledged at the Office of the Prosecutor. “The crux of the Complaint is to expose and bring Amnesty International to book for the heinous crimes it has been propagating in Nigeria leading to wit; wanton abuse of human rights by terrorists.

“It is obvious that Amnesty International now has a huge credibility problem judging from its inability to find a balance between the civil liberties of people and the national security needs of sovereign independent nations as evidenced in its retreat from its guiding principle that “Amnesty International neither supports nor condemns a government policy of using military force in fighting against armed opposition movements, when an opposition group tortures or kills its captives, takes hostages, or commits deliberate atrocities.”