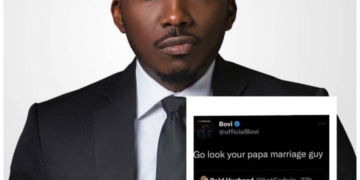 Comedian Bovi hits fan for ‘looking up’ to his marriage

Comedian Bovi hits fan for ‘looking up’ to his marriage 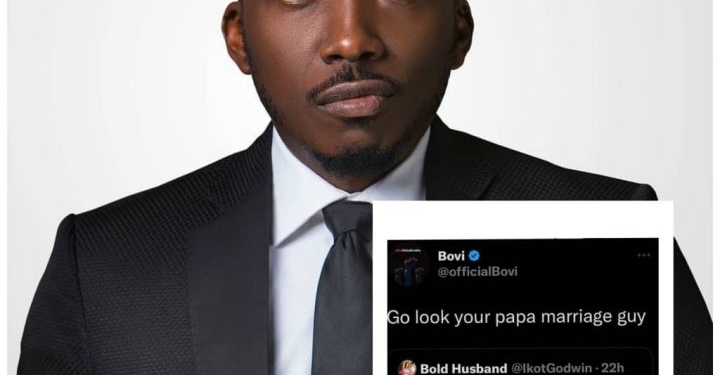 Nigerian comedian, Bovi Ugboma, has criticised a fan who said he was looking up to the comedian’s marriage, hoping that it would not crash.

The fan took to Twitter to express his hurt and disappointment following the crash of another veteran comedian, Bright Okpocha better known as Basketmouth, and his wife, Elsie’s marriage.

He then said he was looking up to his favourites, Bovi, Ayo Makun and Obi Cubana,whose marriages are still standing strong.

In the tweet which he wrote in a mix of English and Pidgin English, the fan said: “Since Basketmouth don break my heart, I am left with Bovi, AY and Obi Cubana to look up too. May God bless our marriages. Amen.”

Recall that Basketmouth had on Thursday took to social media to announce that his 12 years marriage to Elsie had ended.