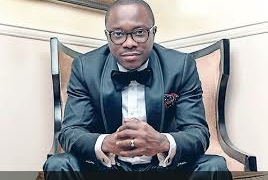 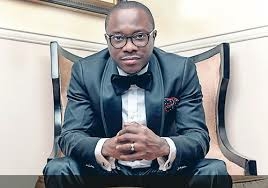 Veteran comedian, Julius Agwu, has revealed that his marriage to his wife, Ibiere, has hit the rocks.

The comedian got married in 2006, and the union is blessed with two kids.

Although some months ago, there had been speculations that the rib cracker’s marriage had crashed, but neither Agwu nor Ibiere openly addressed the reports.

However, during a chat with popular Lagos-based On-Air Personality, Daddy Freeze, Agwu alleged that it was Ibiere that called it quits on the union.

The comedian also spoke about his brain surgery, in 2015, and how it affected his career.

He said it is part of the reason people do not hear his name as often as before.

“There are no rumours about my health. I wanted to cool down for a while. I had a surgery in 2015; I had a tumour surgery. It was brain surgery.

“I had it, came back, did my thanksgiving. After that, I travelled to London to do my show. When I got to London, just two days to my show I was rushed to a hospital in 2016. I was in a coma for three months. I thank God that I am alive. I had to relax and that is why people have not been hearing my name but I thank God that I am alive,” he added.