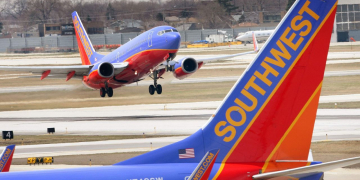 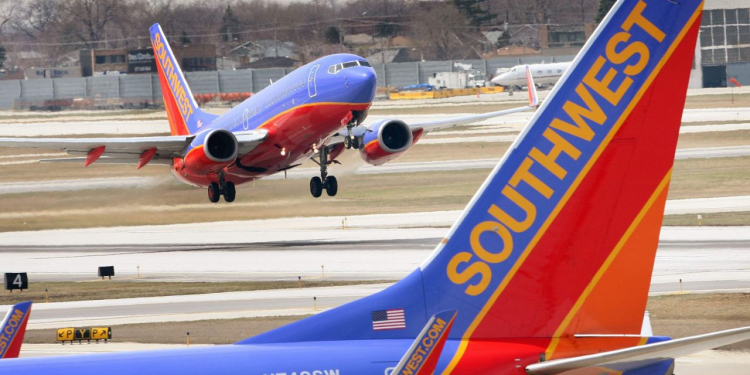 A couple aboard a Southwest Airlines flight who engaged in a sexual act mid-flight was questioned by local authorities upon landing but will not face charges, according to reports. The airline told International Business Times that the incident occurred on a Saturday flight from Atlanta to Las Vegas and apologized to other passengers aboard the flight.

“On Saturday, two passengers traveling on Southwest flight 3246 from Atlanta to Las Vegas were engaged in inappropriate activity,” Southwest Airlines told IBT by email. “Our Crew became aware of the situation and approached the Customers to address the behavior. The situation escalated and the Crew contacted local authorities to meet the flight.”

The two individuals, who were not identified in reports, were reportedly told to refrain from sexual activity aboard the flight but continued to engage in the behavior, Fox-affiliate KVVU reported Saturday. Shortly after the plane landed around 8 a.m. Saturday morning, the couple was questioned by the Las Vegas Metropolitan Police.

“Upon arrival into Las Vegas, local law enforcement questioned the passengers involved,” the airline told IBT. “Southwest does not condone this type of behavior and we apologize to the other passengers onboard who were potentially exposed to this activity.”

KVVU reported that neither a complaint was filed nor were any arrests made. The episode will be forwarded to the Federal Aviation Administration (FAA) and FBI, which handles crimes committed in the United States airspace.

“Nobody on the flight wanted to file charges,” said Lt. John Liberty, watch commander for the Las Vegas Metropolitan Police Department, according to NBC-affiliate KSNV. “The flight crew left and did not even file a statement so we have nothing to charge them with. They were identified and all the information will be turned over to the FBI.”

“The reports are they were involved on the flight and were asked to stop and they just couldn’t control themselves,” Michael Oram, McCarran International Airport spokesman, told KSNV before the plane landed.