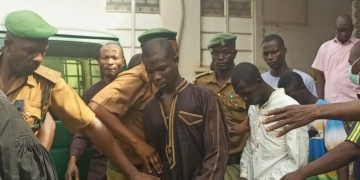 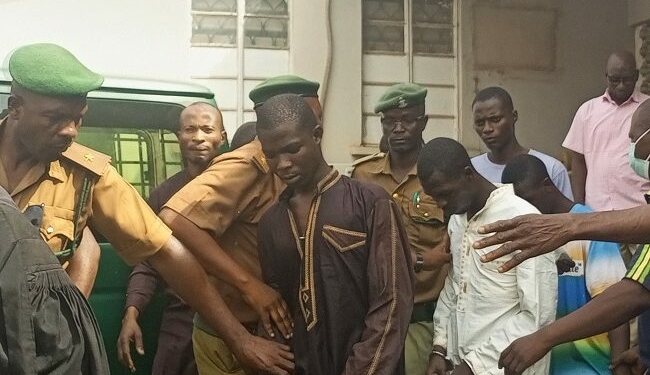 Three of the eight accused persons in the rape and murder of a 24-year-old University of Ilorin (UNILORIN) student, Olajide Blessing Omowumi, on June 2, 2021, have been convicted and sentenced to death by a Kwara State High Court sitting in Ilorin, the state capital.

While two are to die by hanging, the third person was sentenced to life imprisonment by the court.

The accused persons were brought before the court by the Kwara State Government on 11-count charge bordering on armed robbery, illegal possession of firearms and rape.

In a judgement delivered by Justice Ibrahim Yusuf, on Tuesday, the three convicts were found guilty of culpable homicide punishable with death, conspiracy to commit robbery, rape and conspiracy to murder.

The judge held that the gang had the intention of theft and rape without intention to kill, but their act led to homicide.

The prosecution counsel and former Attorney General and Commissioner for Justice, Salman Jawondo, who started the case as Attorney General of Kwara State, concluded it as a private legal practitioner on pro bono service. He resigned to contest in the APC primaries for the 2023 general elections.

Jawondo, who spoke with journalists after the court session, gave summary of the court judgement.

“The first, second and third defendants who are the main culprits were found guilty of culpable homicide punishable with death, conspiracy to commit robbery and cospiracy to murder. They were accordingly sentenced to death. That’s maximum. There’s no discretion for the court to exercise by virtue of provision of the armed robbery Act, it’s death. So, also by virtue of section 221 of the penal code, it’s death sentence for culpable homicide. So, they were accordingly sentenced to death.

“Although, the third defendant, who was also convicted of rape was sentenced to life imprisonment, but it’s neither here nor there. When somebody is condemned, the life imprisonment does not ameliorate anything.

“With respect to the fourth and fifth defendants, they were found guilty of conspiracy to steal and stealing of money in the bank account of the deceased. You know, after killing her, they took her ATM card, Sim card and her phone. They changed her password, through instrumentality of the fourth and fifth defendants, who are experts in computer manipulation, collected some money through transfer, totalling about N149,000. They were convicted for conspiracy and stealing/theft. They were accordingly sentenced to three years imprisonment to run concurrently. For conspiracy, one year, for main offence three years, commencing from the date of their arrest. They’ve spent about one and half years already in custody.

“The other three, sixth, seventh and eighth escaped by whiskers. They are very lucky. If you look at their involvement, they only assisted to dispose of property stolen.

“The irony of it all is that all those involved are very young men of 19, 23 etc. It’s quite unfortunate. And that tells that we have to work on our future in this country,” he said.

Those sentenced to death are Abdulazeez Ismail, Ajala Moses Oluwatimileyin (aka Jacklord) and Oyeyemi Timileyin Omogbolahan.

Kareem Oshioyemi Rasheed and Abdulkarim Shuaib were sentenced to three years in prison for withdrawing money from the deceased’s bank account while Abdullateef Abdulrahman, Daud Bashir Adebayo (aka Bashman) and Akande Taiye Oladoja were discharged.

Recall that the Kwara State Police Command had confirmed the rape and murder of a 300 Level student of UNILORIN at her residence in Tanke area of the state capital on June 2, 2021.

She was said to be staying with her elder sister, Dr. Dupe Shittu, and was a student in the department of Agricultural Science.

Buhari: Despite facing many challenges, I've done my best for Nigeria