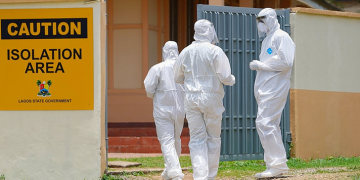 Oyo State Government is currently faced with a new challenge of managing the spread of COVID-19 as the number of positive cases has exceeded available facilities.

An increase within the week, due to the rising number of cases among the staff of a customer centre outsourcing firm, iSON Xperiences, has brought the total number of positive cases in the state to 233 as at Saturday evening. Out of the number, iSON Xperiences alone accounted for 143 persons who tested positive within the last three weeks.

A source close to the government told Newspeakonline that with about 50 new cases from the company in the last one week, the facilities for COVID-19 patients have been overstretched.

According to the source, the government has, therefore, turned to private individuals asking them to donate their facilities to be used as isolation centres.

The source also said that no punitive measures were being planned for the firm by the government, adding that government was not planning punishment because it did not commit any crime.

There had been suggestions that iSON Xperiences should be made to pay for the treatment of all its staff who tested positive in recent times based on the thinking that its case was an example of failure to comply with regulations introduced by the government to contain the spread of the virus.

There was also an argument that punishing the company in such a modest manner would serve as a deterrent to others who may be ignoring government’s regulations on COVID-19 in the workplace.

“There is no need for that because iSON did not commit a criminal offence. Besides, iSON is cooperating with the government to ensure that we arrest the rising number and reduce risk of infecting others, ” the source said.

It was learnt that the government has received donation of some buildings from private individuals which will be converted to isolation centres in the next few weeks.

Governor Seyi Makinde had announced on Saturday : “The COVID-19 confirmation tests for thirty suspected cases came back POSITIVE. Twenty-seven cases are from iSON Xperiences and one each from Ibadan South West, Ibadan South East and Oluyole Local Govt. Areas. So, the total number of confirmed cases in Oyo State as at 5.30PM today is 233.”

Many of the cases from iSON are being asked to self-isolate while the COVID-19 committee monitors them, they are asymptomatic. But those who do not have the home setting to self-isolate are being taken to isolation centres.

Currently, the state government has two isolation centres in Ibadan while some others are being set up in other towns in the state.

In Ibadan, the state has a 100-bed centre at Olodo, 10-bed centre at Jericho Hospital while the University College Hospital (UCH) has a six-bed facility. Work has also commenced on converting part of a ward into an isolation centre at UCH.