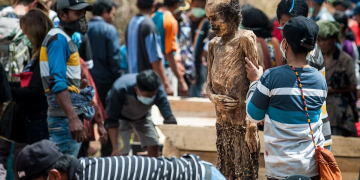 CREEPY! Villagers exhume corpses, dress them up and parade them in anuual festival (PHOTOS)

CREEPY! Villagers exhume corpses, dress them up and parade them in anuual festival (PHOTOS) 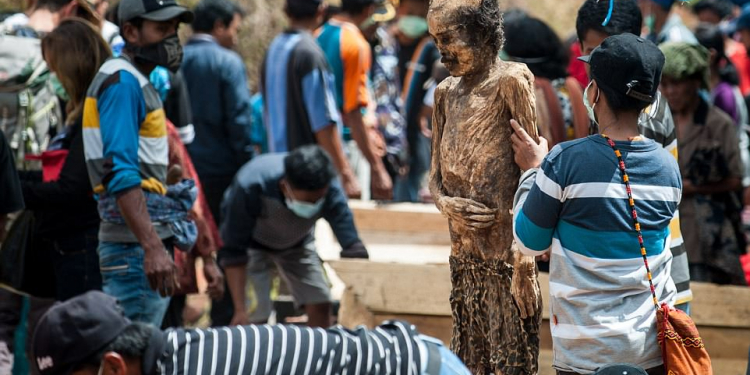 Tribesmen in an Indonesian village dig up the corpses of their loved ones before parading them around in an annual harvest ritual, believing it is a way of reuniting with their dead relatives.

According to Daily Mail, the Torajan people from the highlands of South Sulawesi, in Indonesia, have a very close relationship with the dead – sometimes keeping mummified bodies in their homes for weeks or even years before burying them.

But even once the bodies are in the ground they do not stay there for long before being exhumed, pampered with haircuts, new clothes and even cigarettes, and reunited with their living relations.

“It is our way of respecting the dead. There is no mourning. It is a moment of joy for us because we reunite with our dead relatives”, one villager said of the ritual. 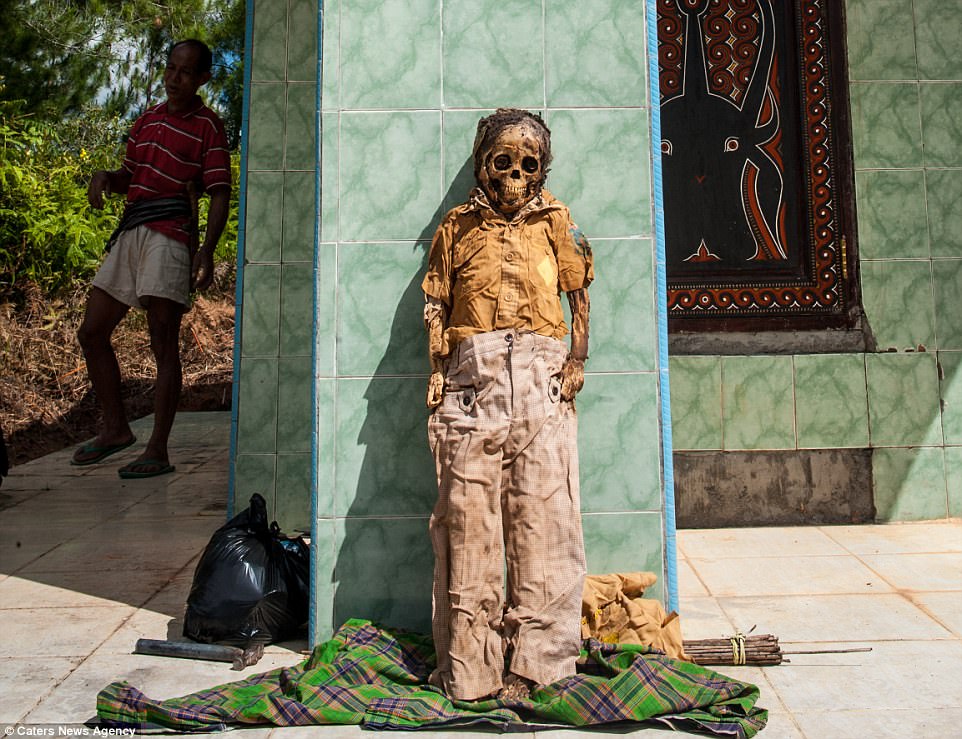 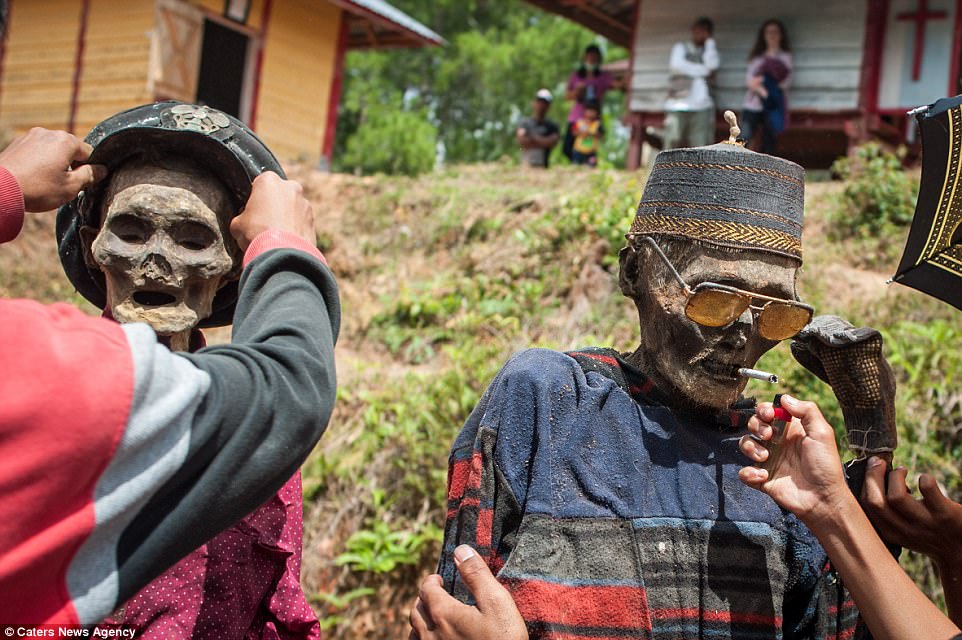 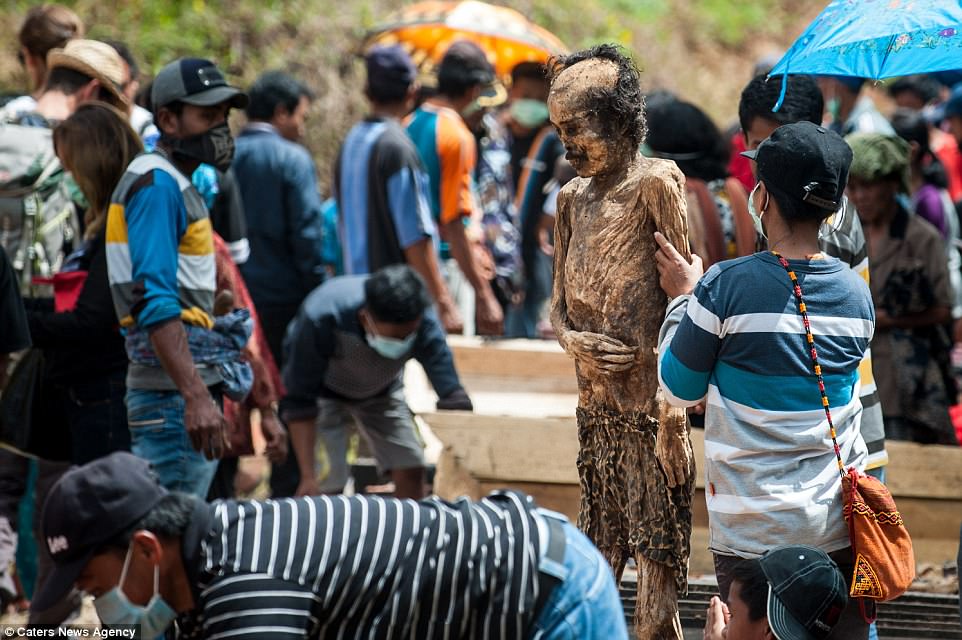 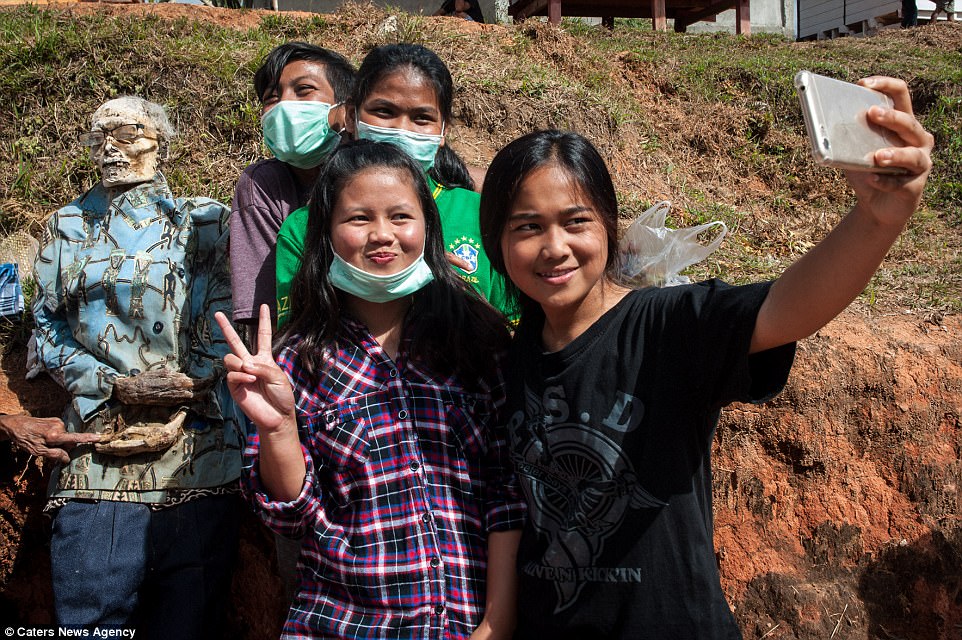 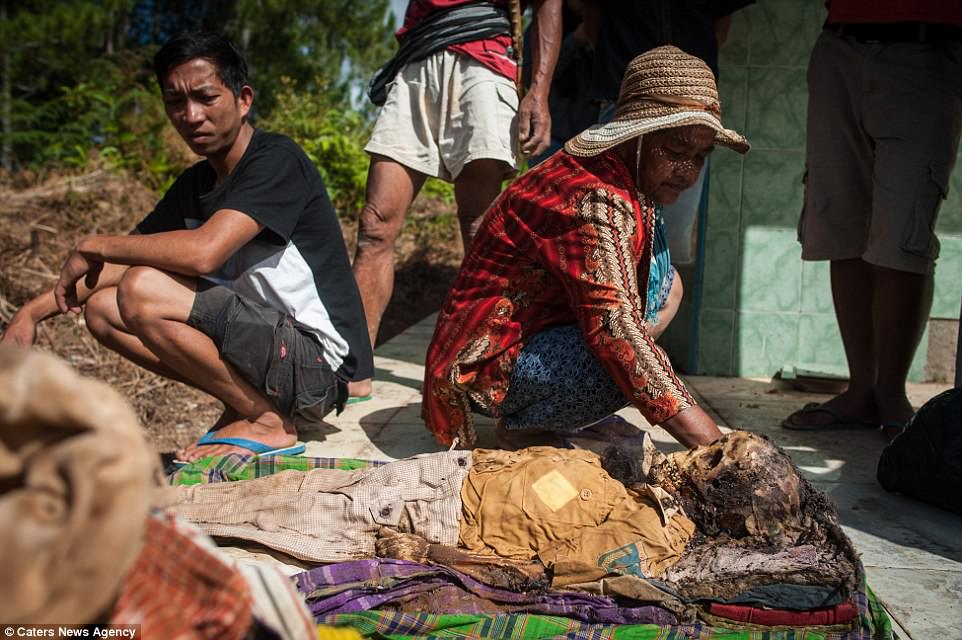 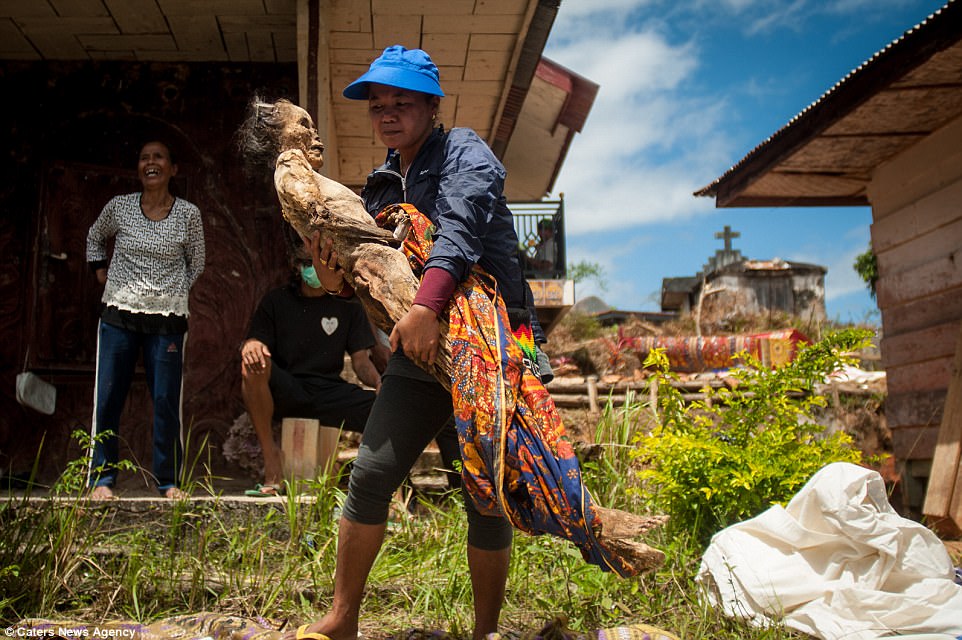 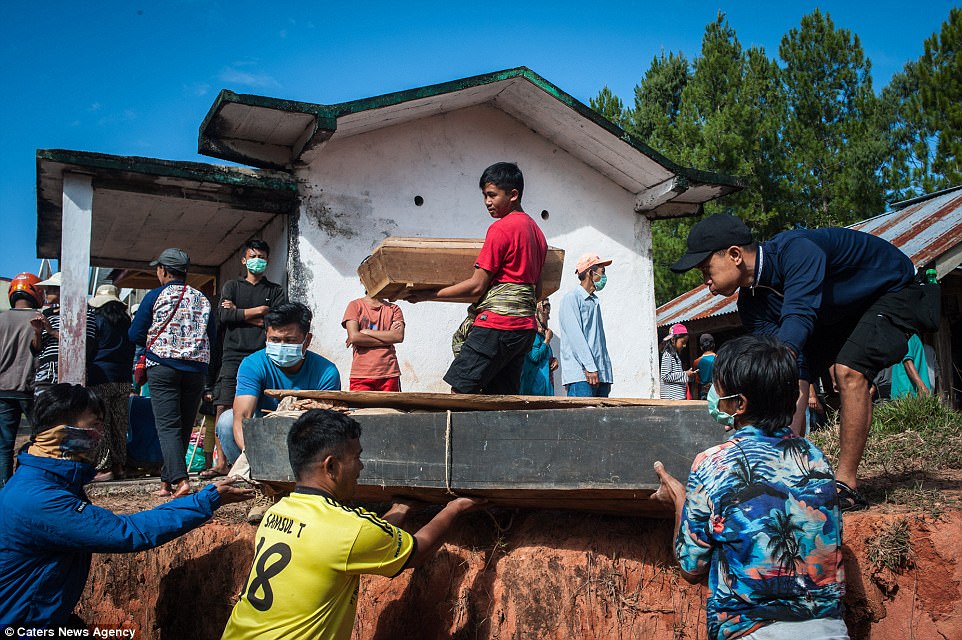 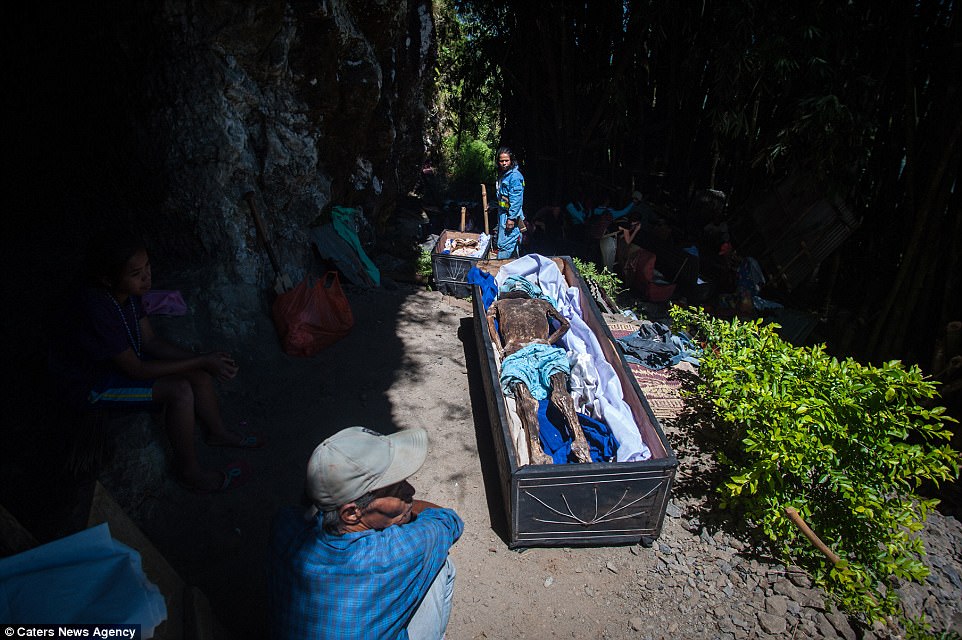 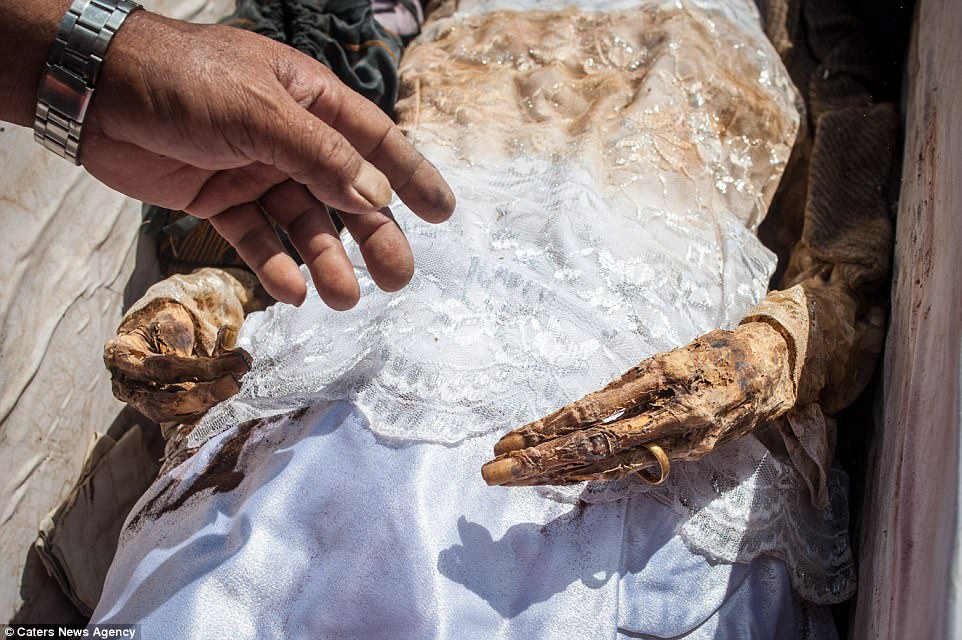 The tribe do not view people as ‘dead’ until after their funeral, which are lavish, can last for days and often take years to save up for.

Until that time the body, which is washed in a formaldehyde solution, is kept in a room in the house and treated as if the person were still alive – but suffering an illness. People talk to the corpse, dress and wash it, and even bring food and cigarettes to the deceased.

Even after the burial, the Torajan retain a deep connection with the dead – keeping the bodies dressed in fine clothes, communicating with them regularly and giving them offerings.

Today the tribal practices are mixed in with modern Christian rituals. The religion was brought to the Toranjan by Dutch explorers in the 1500s, creating an enclave in the world’s most populous Muslim-majority country.