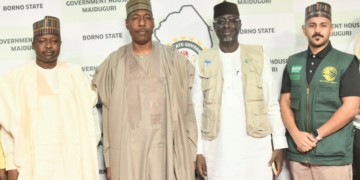 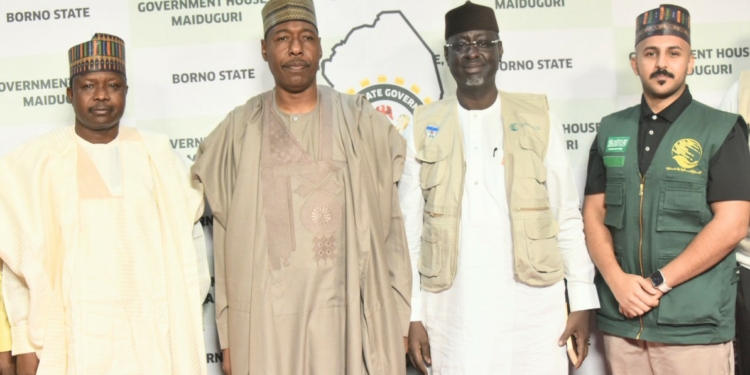 The Presidential Committee on Flood Relief and Rehabilitation (PCFRR), has flagged off the distribution of relief materials, worth N1.5 billion to victims of flooding nationwide.

The PCFRR, which was established by the Federal Government following the 2012 flooding, is co-chaired by Africa’s foremost industrialist, Aliko Dangote, and Dr. Olisa Agbakoba.

The kick off ceremony for the distribution of 2022 relief materials was conducted by Borno State Governor, Professor Babagana Umara Zulum, on Tuesday, in Maiduguri, the state capital.

The governor appreciated the committee and promised that the items will get to the victims.

In his address, the representative of the PCFRR, Alhaji Umar Musa Gulani, said the exercise would also be conducted in the other five geopolitical zones of the country.

Gulani said the items from the committee have been officially handed over to the Borno State Government and the National Emergency Management Agency (NEMA).

He also said over N10 billion has been expended by the committee to mitigate the effect of flooding since inception in 2012, adding that no fewer than 84 Hostels have been built for flood victims in 24 states.

In his remarks, the Director General, National Emergency Management Agency (NEMA), Alhaji Mustapha Habib Ahmed, described the committee’s intervention as a milestone for flood victims and Nigeria in general.

He said responding to the humanitarian outcomes of this nature requires concerted effort, adding that the donation by the committee would eventually be made available to flood victims across the affected states in Nigeria.

Speaking on behalf of the victims, Khalifa El-Miskin, said those affected were extremely appreciative of the gesture.

The United Nations International Children’s Emergency Fund (UNICEF) revealed that the 2022 flood killed 600 people, displaced 1.3 million and destroyed more than 82,000 homes in Nigeria, making it the worst in decades.

It would be recalled that the committee, during the COVID-19 pandemic, donated N1.5 billion to fight the virus.

Announcing the donation, Dangote had said it was imperative for well-meaning Nigerians to help the Federal Government in fighting the virus.

It also released the sum of N118 million to NEMA to augment the N1.6 billion released by the Federal Government for procurement of food and non-food relief materials in aid of the flood victims in the following 16 states: Abia, Akwa-Ibom, Bayelsa, Ebonyi, Edo, Ekiti, Enugu, Abuja FCT, Kebbi, Kwara, Lagos, Niger, Ondo, Oyo, Plateau, and Sokoto.

The committee, at its inauguration by former President Goodluck Jonathan raised a whopping N11.35 billion for flood victims. Top on the list of donors at the event was Dangote and the Federal Government, who donated N2.5 billion each.