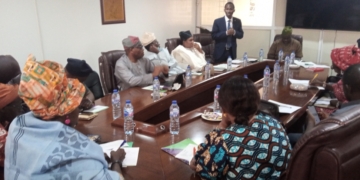 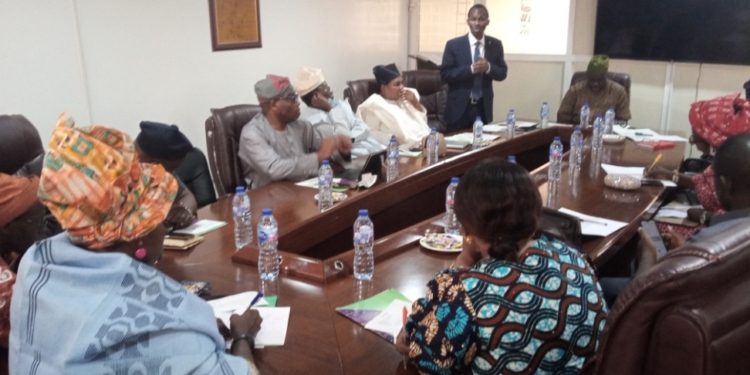 In a bid  to revive Yoruba langauge and culture in secondary schools across the South West region, the Development Agenda for Western Nigeria (DAWN) has entered into a partnership with  Yoruba World Center (YWC) Oodua Investment Company Limited (OICL).

Speaking at  a stakeholders meeting on Yoruba  Language and Culture Revival, held at DAWN Commission Headquarters, Cocoa House, Ibadan, On Thursday, the commission’s  Director-General, Mr Seye Oyeleye, said  it was imperative to resuscitate the “dying” Yoruba language and culture in the South West, especially in secondary schools accross the region.

In his address, the Coordinator, YWC, Alao Adedayo, said it is duty of all and sundry  to encourage school children to  learn the Yoruba history, language and culture.

According to him, part of the  ways YWC wants to encourage the learning of Yoruba language and culture  is the introduction of annual Yoruba language millionaire contest in all the Yoruba speaking states.

“It is our duty now to entice the children to become interested in the learning of the history, language and culture, through reading, writing and speaking,  encapsulated in a competition among the students of secondary schools in all Yoruba speaking states.

“Once we have these students competing annually; in about 10 years of the programme, the Yoruba will have at least 10 million of its youths who will be able to read, write, speak the language excellently,” he said.

In his remarks, the Director, Yoruba Language Centre, University of Ibadan, Professor Adedotun Ogundeji, charged the the state governments in the South West region to enforce the teaching and learning of Yoruba language and culture  in secondary schools, adding that they should compel private schools to follow suit.

“The private school students give us problem a lot. If they come to school and were asked to speak Yoruba, because they have not learnt Yoruba throughout their secondary school, then, it will be difficult to catch up because they have to start from the rudiment of the language.

“We must make Yoruba a language of the home. If we enrich the children to build their knowledge, mind and their thinking faculty with Yoruba language, when they go anywhere, they will excel,” Ogundeji said

He said there is no language, culture or civilisation in the world that thrives on other peoples language, stressing that there can be no positive development without strengthening the indigenous language.

Also, the Oyo State Commissioner for Education, Barrister Abiodun Abdu-Raheem said the state government is trying to work on the curriculum to ensure that it find  ways of encouraging and teaching of Yoruba language and culture.

“We recently employed Yoruba teachers and we equally encourage the teaching of Yoruba in our schools, even among the private schools.

“Every term, we always have a cultural day whereby the students are allowed to go to school in their traditional attire so as to promote the culture,” the commissioner said

In his own address, the Managing Director of OICL, Mr Adewale Raji, promised company’s total support to YWC in reviving the Yoruba language and culture.

The meeting was attended by Commissioners of Education and  stakeholders from the six South West States.