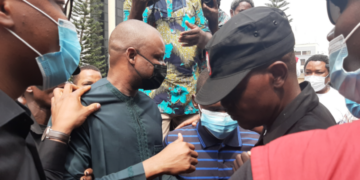 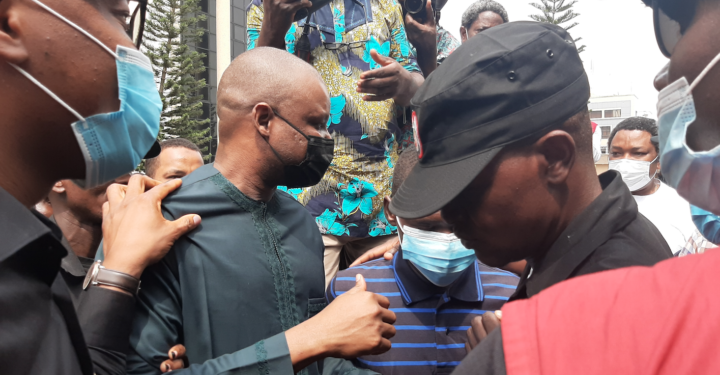 Embattled  Deputy Commissioner of Police (DCP),Abba Kyari,  has begged a Federal High Court sitting in Abuja to grant him bail, saying  his life is being threatened in Kuje prison.

Recall that the Federal High Court had on March 28, remanded Kyari and four others in Kuje prison after refusing their bail application.

Kyari and three of his co-defendants brought another bail application on Thursday.

Counsel to Kyari and Sunday Ubia, the second defendant, Onyechi Ikpeazu , said the new application was necessitated due to the threats against the defendants.

He said his clients were remanded with criminals whom Kyari’s team had arrested.

He prayed the court to grant the application.

However, James Bawa, the third defendant, who is an Assistant Superintendent of Police, did not file any application for bail.

Counsel for the National Drug Law Enforcement Agency (NDLEA), Sunday Joseph, objected to the bail application, saying that the hearing was originally slated for the review of facts of the case relating to two self-confessed drug traffickers, Chibunna Patrick Umeibe and Emeka Alphonsus Ezenwane, who were linked to the suspended DCP.

The 6th and 7th defendants, Umeibe and Ezenwanne,  were arrested at Akanu Ibiam International Airport in Enugu, while attempting to smuggle cocaine into the country.

Upon arraignment on March 7, they pleaded guilty to the charges.

Kyari had argued that revisiting the facts of the case or punishing Umeibe and Ezenwanne while his trial was still proceeding would be harmful to him.

He also called the court’s attention to the fact that both defendants were referenced in certain counts in the accusation against him and the other accused officers.

The court had in a ruling delivered on April 28, dismissed Kyari’s objections and held that it would go ahead to review facts of the case against Umeibe and Ezenwanne.

On Thursday, Kyari and his police co-defendants said they had gone to the court of appeal to challenge the ruling.

They further filed a motion for the court to temporarily halt the trial pending the outcome of the appeal, an application that was opposed by the prosecution which accused the defendants of attempting to stay proceeding in a criminal matter.