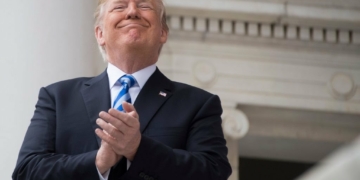 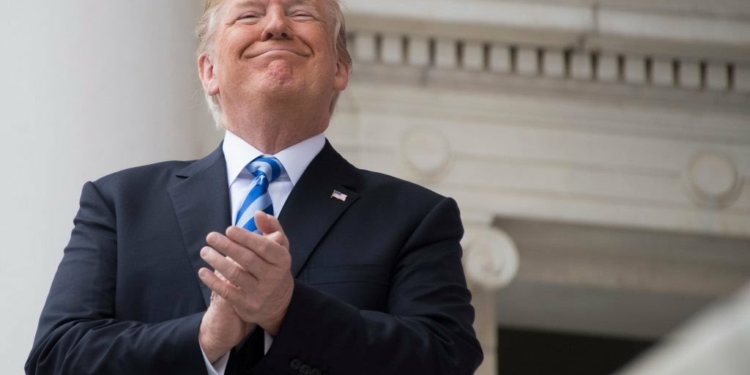 Former President Donald Trump has announced that he will run for president in 2024, laying out an aggressively conservative agenda that includes executing people convicted of selling drugs.

Trump officially launched his 2024 campaign bid by filing papers with the Federal Election Commission in which he declared himself a candidate for the presidency and established a new campaign committee.

The campaign will be Trump’s third run for president and his first time trying to win votes since his refusal to accept his 2020 election loss. The former presdient’s frantic efforts to hold onto power led to the deadly attack on the U.S. Capitol on January 6, 2021.

Trump is expected to give a speech later in the evening at his palatial residence in Mar-a-Lago, Florida.

“The voting will be much different. Are you getting ready?

“This will not be my campaign. This will be our campaign all together,” the 76-year-old told hundreds of supporters gathered in an ornate American flag-draped ballroom .

Agence France-Presse reports that Trump’s unusually early entry into the White House race is being seen in Washington as an attempt to get the jump on other Republicans seeking to be the party flag bearer in 2024 and to stave off potential criminal charges.

Republicans are licking their wounds after disappointing midterms, widely blamed on the underperformance of Trump-anointed candidates, and some are openly asking whether Trump with his divisive brand of politics and mess of legal woes is the right person to carry the party colours next time around.

Several possible 2024 primary rivals are circling, chief among them the governor of Florida,Ron DeSantis, who bucked the tide and won his reelection on November 8.

Trump, who lost the 2020 elections to Democrat, Joe Biden, after being impeached twice by the House of Representatives, launches his latest White House bid with several potential handicaps.

He is the target of multiple investigations into his conduct before, during and after his first term as president, which could ultimately result in his disqualification.

These include allegations of fraud by his family business, his role in last year’s attack on the US Capitol, his attempt to overturn the 2020 elections, and his stashing of classified documents at Mar-a-Lago.

With Trump now a declared candidate, Biden’s attorney general, Merrick Garland, may be forced to name a special counsel to pursue the various investigations into the former president launched by the Department of Justice.